Join us for a conversation about Anni Albers’ art and career, featuring Laura Muir, Associate Director of Academic and Public Programs and the Louis Miller Thayer Research Curator at the Harvard Art Museums in Cambridge MA and Ori Z Soltes, PhD, Teaching Professor at Georgetown University, Washington DC., moderated by Rachel Stern, Director and CEO of the Fritz Ascher Society in New York. Anni Albers (Berlin 1899 – 1994 Orange, CT) found her artistic identity at the renowned Bauhaus. As the Nazis forced the Bauhaus closure, Anni and her already well-known husband, Joseph Albers, immigrated to the United States, which presented Albers with new opportunities to develop as a designer of both functional and purely artistic textiles. She inspired a new generation of students through her teaching and produced an important body of writing on weaving that was informed by her extensive travels to Central and Latin America. Her efforts in all these areas elevated the status of weaving as an art form and her reputation as a major artist within that field. In addition to opening professional doors, Albers’ migration allowed her to play a key role in promoting the Bauhaus and its ideas in the United States through her participation in exhibitions and generous donations to American museum collections. 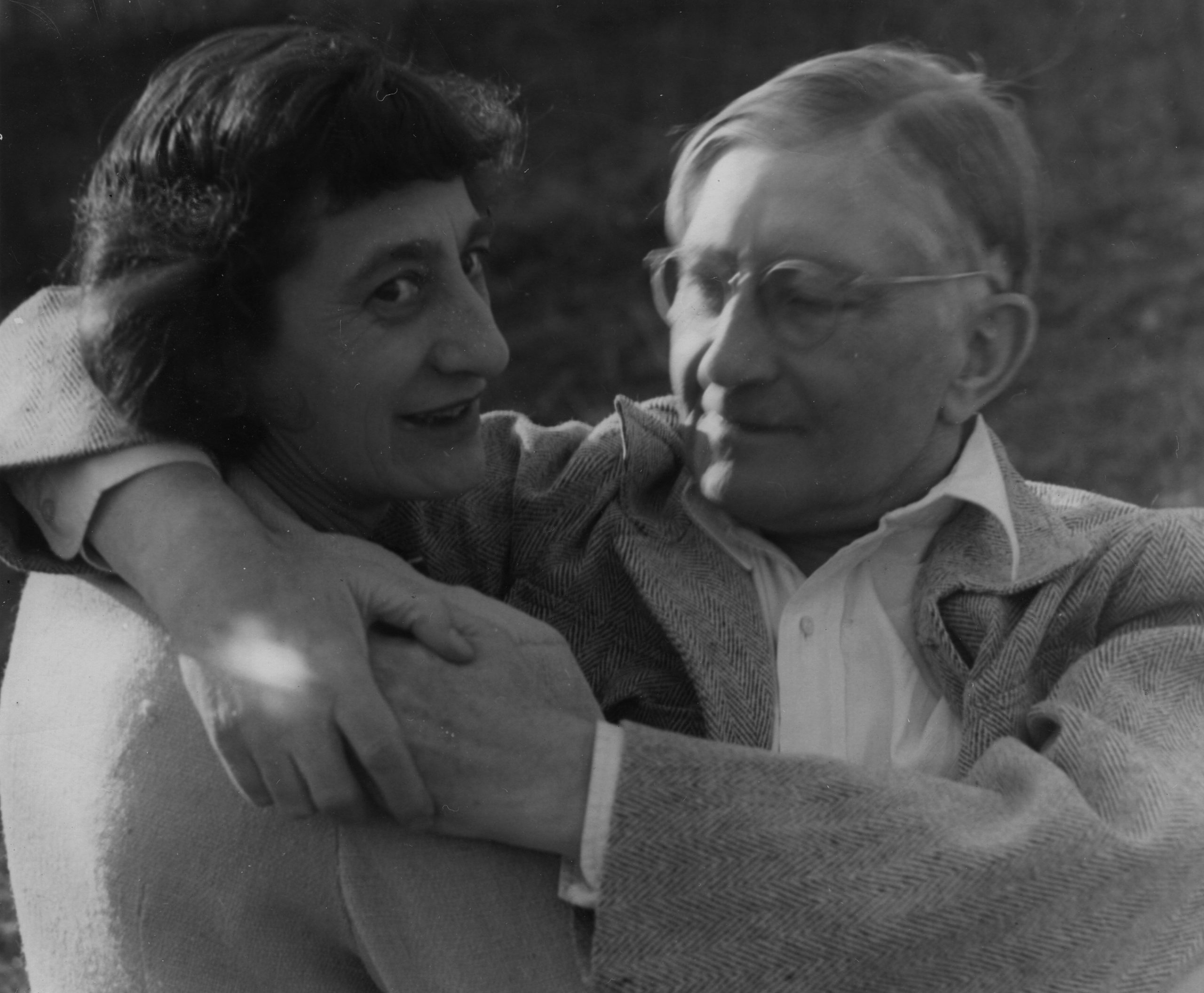 Wednesday, November 10, 12:00pm ET:
The Cartoon Crusader Comes to America:
Arthur Szyk’s Battle against the Nazis in the New World 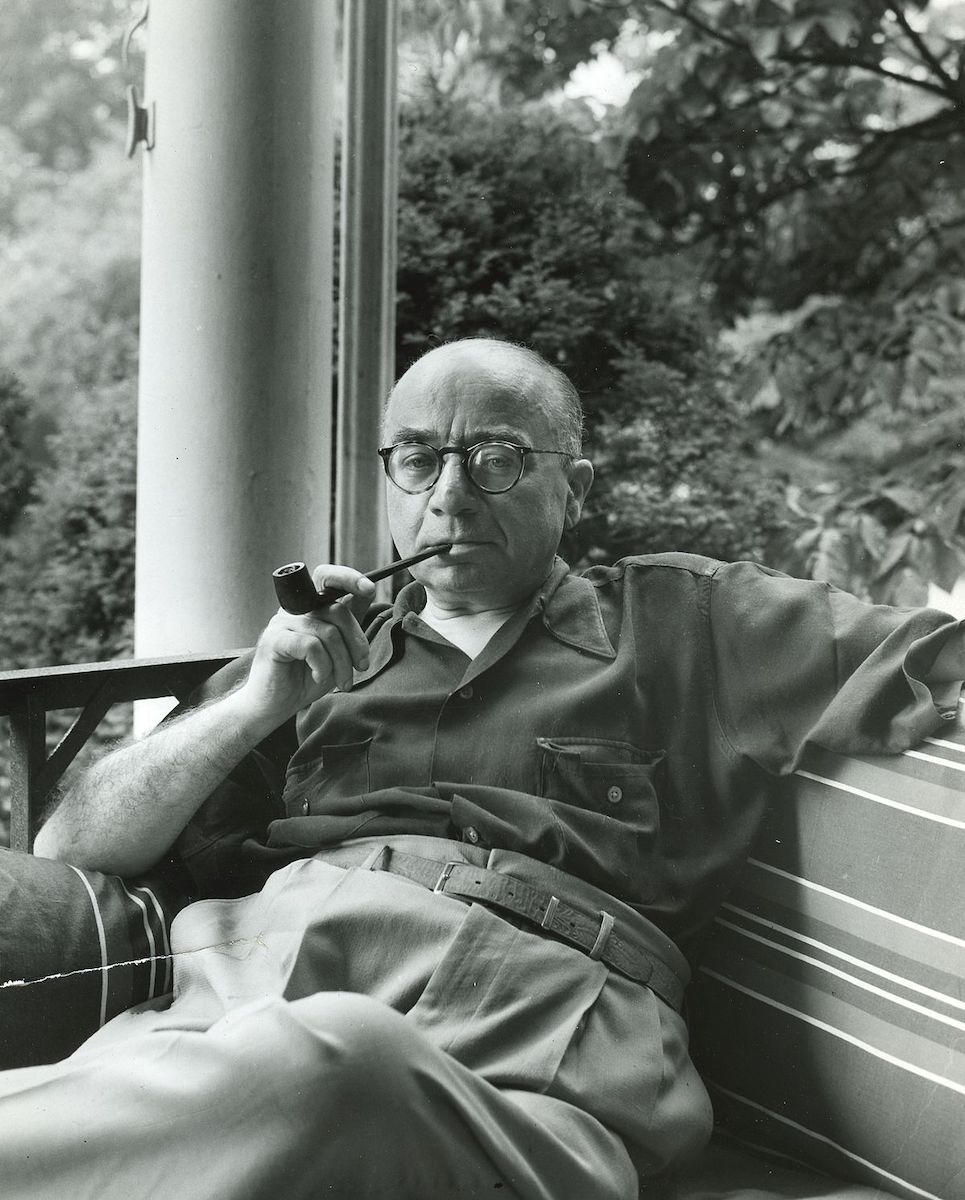 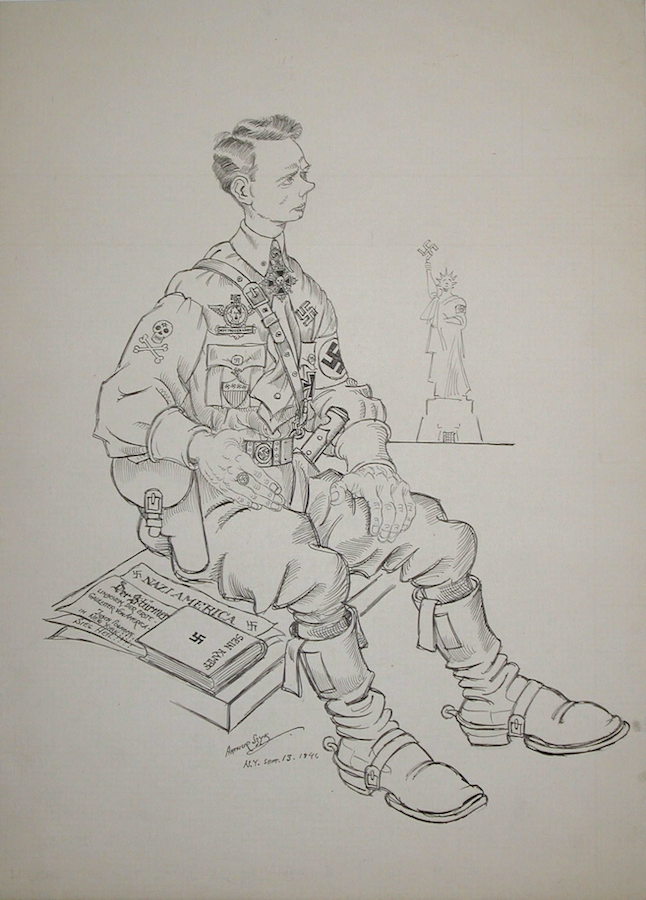 Prior to World War II, Polish-born Arthur Szyk (Lodz 1894 – 1951 New Canaan, CT) was best known for his ornately detailed renderings of historical subjects and Jewish themes. But after the German invasion of Poland in September 1939, he gained the accolades of international audiences for his biting caricatures of Nazi leaders and his efforts to garner support for the Allied cause and Europe’s persecuted Jews. In 1940, Szyk took his mighty pen to the United States, where he quickly became a popular artistic sensation. His images graced the covers and inside pages of leading magazines, like Time, Colliers, Esquire, Look, The American Mercury, Coronet, and Liberty. Szyk’s cartoons regularly appeared in The New York Post, The Chicago Sun, and PM. Millions of Americans knew his work, even if they could not pronounce his name.

Lily Renee arrived during the Holocaust in New York City as a teenager, and somehow found work in the male-dominated comic book world. By the time of her retirement, she had become a legend and her heroic female characters–like Lily herself, smashing through the glass ceiling of gender expectation–and shaping figures that would inspire several generations of young readers, both girls and boys, to rethink the norms that so often otherwise surrounded them. 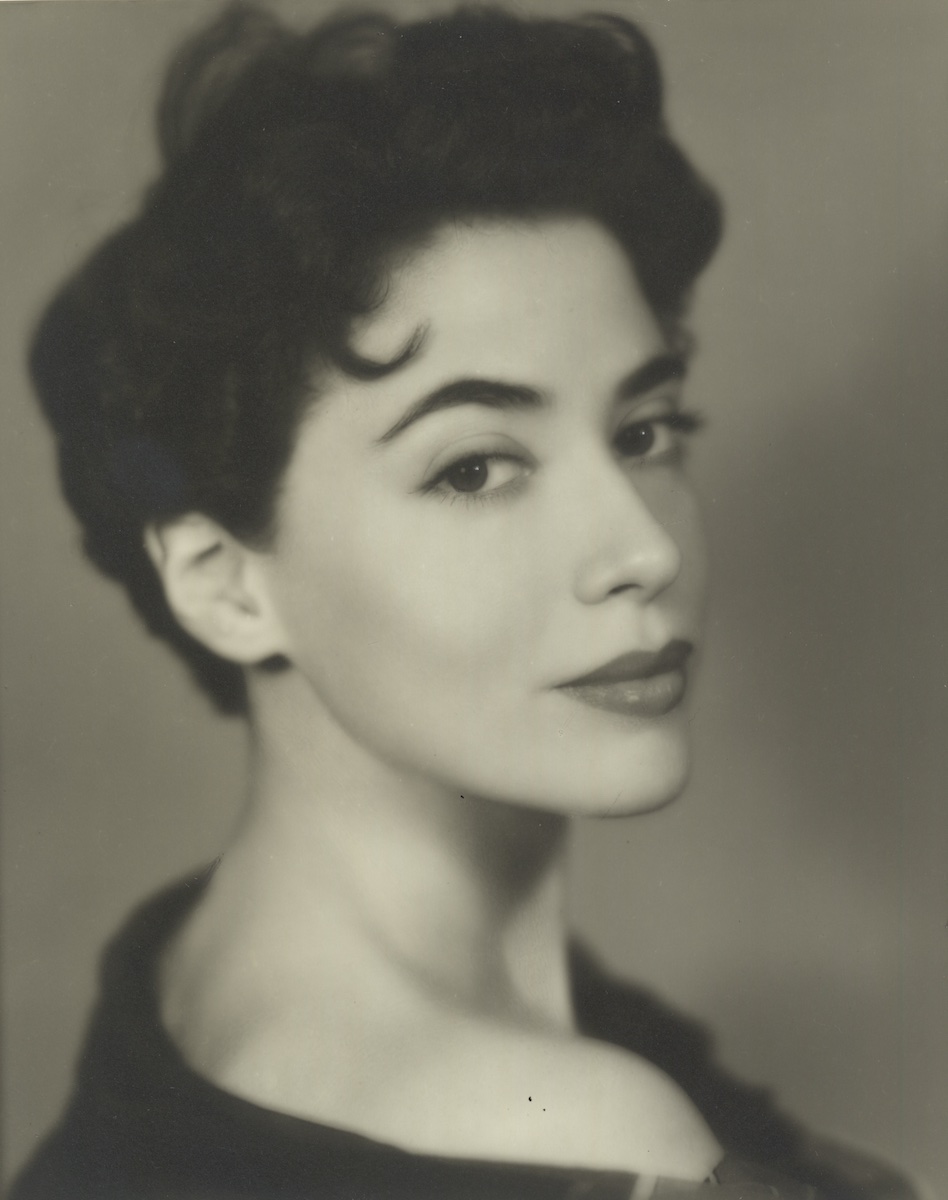 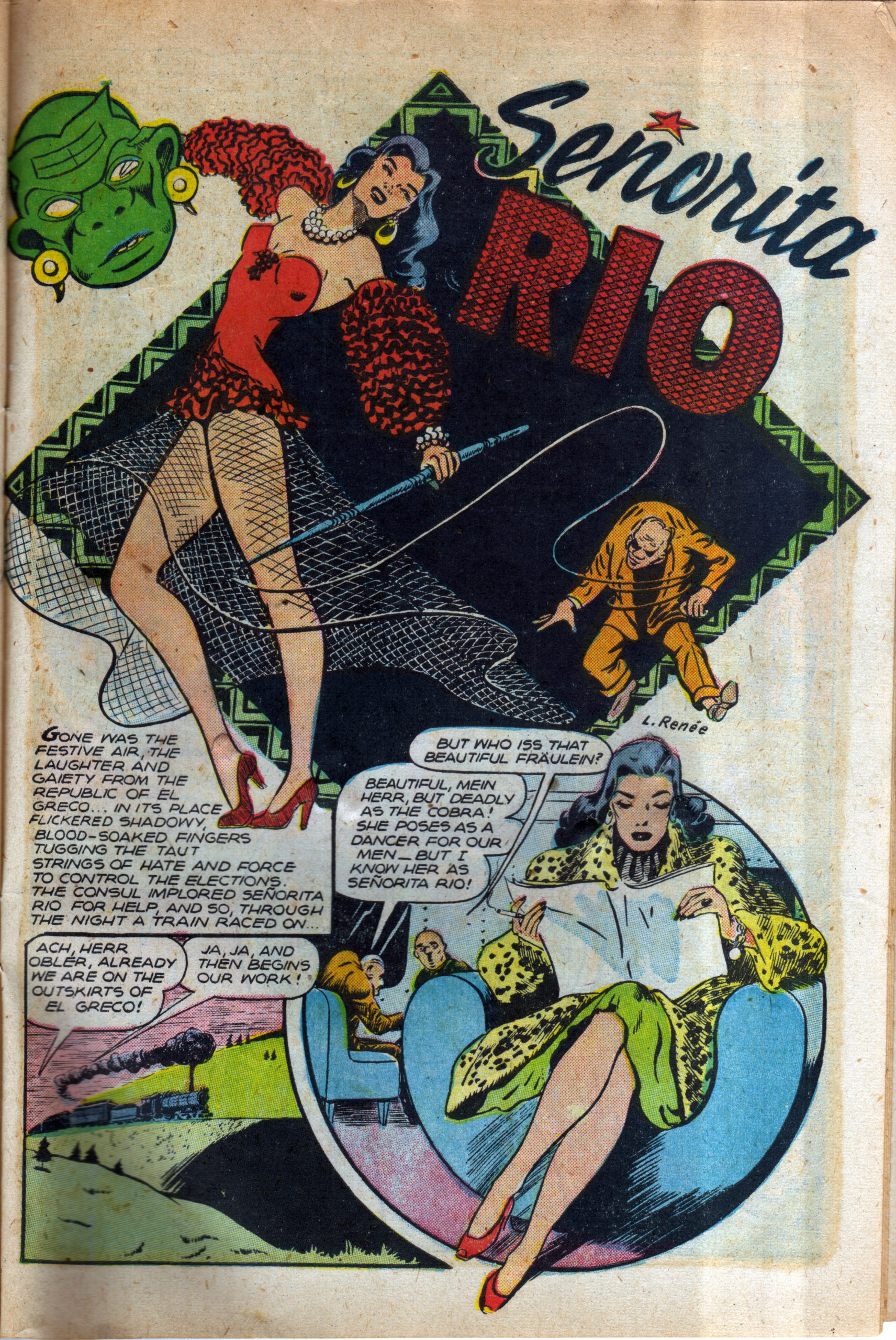 This discussion is featuring Trina Robbins, Comic Herstorian and Artist in San Francisco CA and Adrienne Gruben, Mexican-American director of the film “Lily”. Moderated by Rachel Stern, Director and CEO of the Fritz Ascher Society.

And here we owe Adrienne Gruben a big thank you, because she agreed to make her feature film “Lily” available to our audience! Follow the link to our website for access information.

All talks belong to our virtual project “Identity, Art and Migration” which investigates US immigration of European refugees during the first half of the 20th century through the lens of seven artist case studies. If you missed the discussions featuring Eva Hesse, Rudi Lesser or Friedel Dzubas, you can find the recordings following the link below.

FUTURE EVENTS AND RECORDINGS OF PAST EVENTS 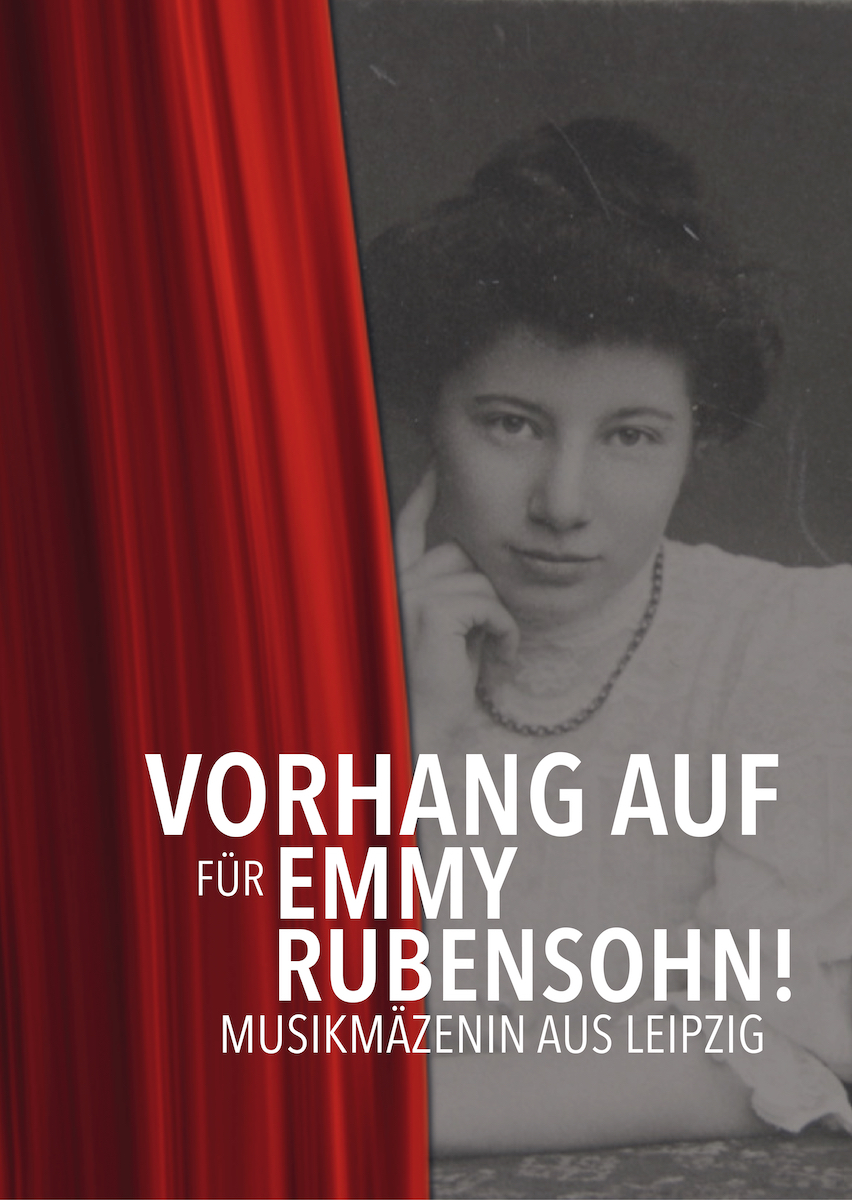 I am very excited to invite our German audience to come to Leipzig, where we celebrate the discovery of music patron, concert manager, salonière and letter writer Emmy Rubensohn (1884-1961). The exhibition in the famous Gewandhaus tells of her life, which led her to Kassel, Berlin, Shanghai and New York. Born in Leipzig in 1884 as the daughter of the Jewish entrepreneurial family Frank, she was a passionate concert-goer even as a young girl, who was particularly drawn to the Gewandhaus concerts.

The exhibition, which will be on view from November 10 to December 19, 2021, is part of the “1700 Years of Jewish Life in Germany” anniversary, and was organized by the University of Siegen and the Gewandhaus zu Leipzig. It was spearheaded by music scholar Prof. Dr. Matthias Henke.

To attend the opening event on Wednesday, November 10 at 7:00pm, please register until November 7: www.gewandhausorchester.de/ausstellung-rubensohn