A Jewish-born convert to Christianity, Ascher often featured scenes directly derived from Judeo-Christian iconography and narrative in his most notable paintings. While these many scenes raise questions as to the degree to which one can ascribe Ascher’s own perception of religious identity to his imagery, Ascher’s works on religious subjects equally use religion as a foil to explore other themes. In this regard, Ascher was not alone among his modern artist peers, such as Marc Chagall, who, while Jewish, frequently used crucifixion imagery in his paintings often as symbolic commentaries on current world events.

While interpretation of Ascher’s works with decidedly religious themes do—and should—vary, what remains consistent is the importance of Judeo-Christian religious subject matter to a reading of many of Ascher’s monumental pieces. Making Golgotha and Other Biblical Imagery 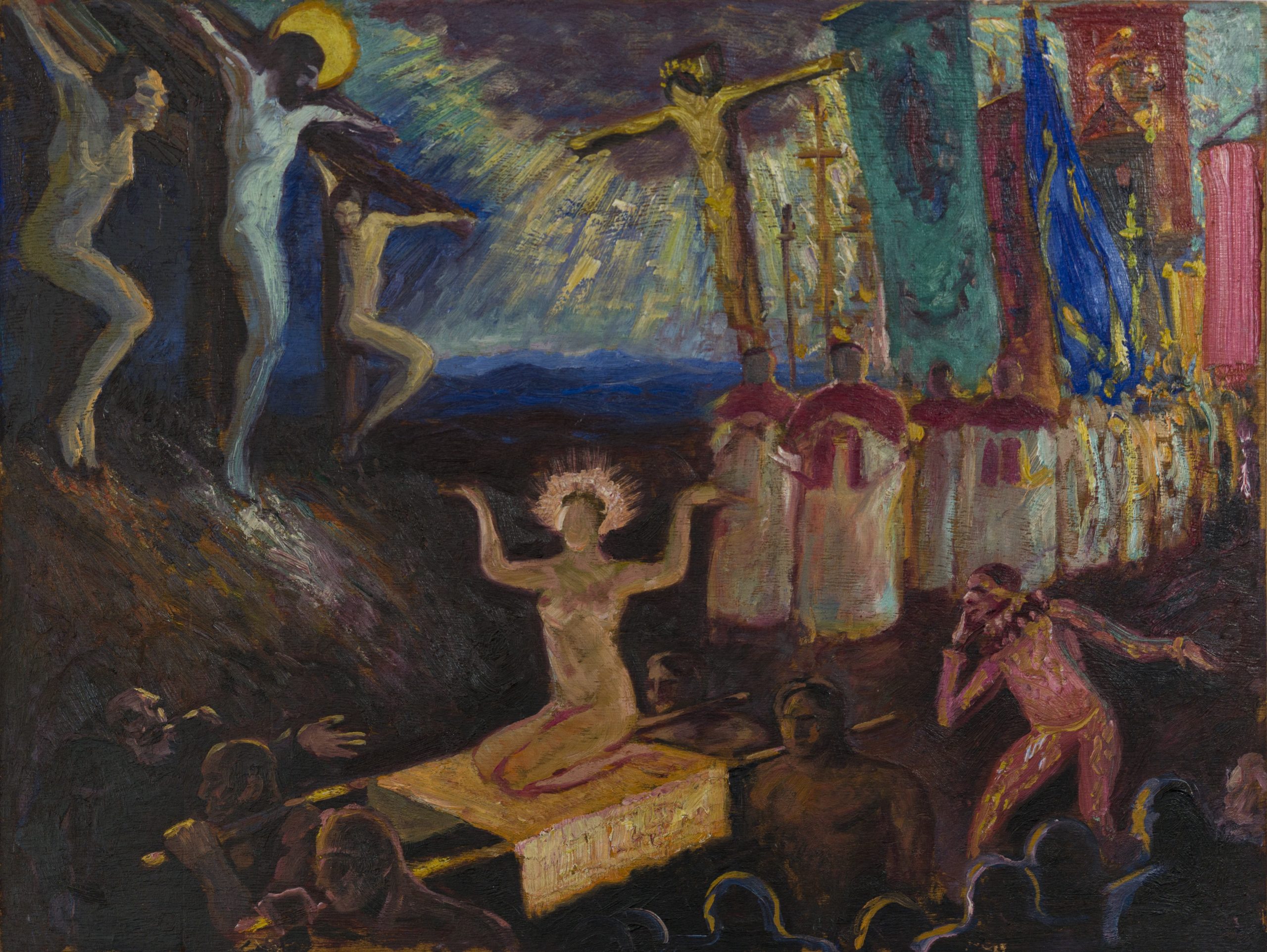