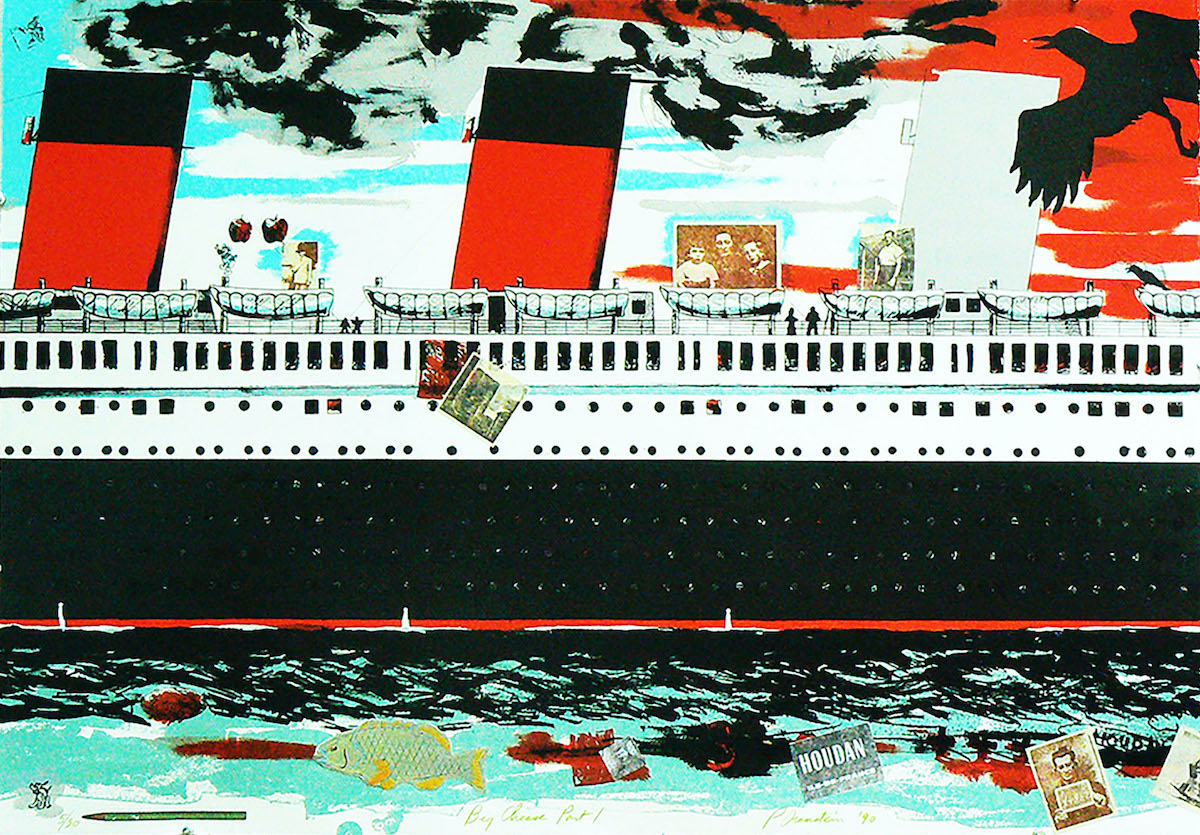 Inspired by a visit to his birth country in the 1990s, American artist Philip Orenstein (b. 1938) created seven murals about the French complicity in the persecution of Jews in France during World War II. At that time, the French government had not admitted it had taken part in the persecution. The murals have been shown in various galleries and museums in the United States. In 1999, William Zimmer wrote in the New York Times, “Mr. Orenstein’s method involves combining poignancy with the determination that the viewers not miss the story. To this end, Mr. Orenstein skillfully, and wittily, employs the look of today’s splashy graffiti.” The works have not yet been shown in France.

Born in Paris, France, in 1938, Philip Orenstein had survived Nazi persecution as a young boy hidden with his brother by a gentile family. After World War II, in 1949, his family emigrated to the United States. He became a visual artist and professor of art at Rutgers University in New Brunswick (NJ), where he had majored in physics.

This event features Philip Orenstein presenting his artwork, followed by a conversation with Dr. Nadine Orenstein.

Philip Orenstein is a visual artist and professor emeritus of art at Rutgers University. He was born in Paris, France, in December 1938. After World War II, in 1949, his family emigrated to the United States. He majored in physics at Rutgers University. Orenstein also painted, studied art history, and took a course in modern art history with Alan Kaprow, who encouraged him to quit physics and become an artist. After graduating from Rutgers, Orenstein moved to New York in the early 1960’s, where he painted, sculpted and designed for adecade. In 1971 he began teaching studio art at Rutgers University, eventually becoming a tenured professor and teaching art at Rutgers for thirty years. Orenstein has an extensive exhibition record dating from 1964 to the present.

Dr. Nadine M. Orenstein is the Drue Heinz Curator in Charge of the Department of Drawings and Prints in The Metropolitan Museum of Art where she has been active as a curator since 1992. She has written and lectured extensively on sixteenth and seventeenth-century prints and drawings. Her exhibitions include Pieter Bruegel the Elder: Drawings and Prints (2001), Hendrick Goltzius (1558 – 1617). Prints, Drawings and Paintings (2003), Infinite Jest: Caricature and Satire from Leonardo to Levine (2011), and The Mysterious Landscapes of Hercules Segers (2017). The Renaissance of Etching (2019 – 2020), co-organized with the Albertina, Vienna was awarded the 2020 IFPDA Foundation Book Award. 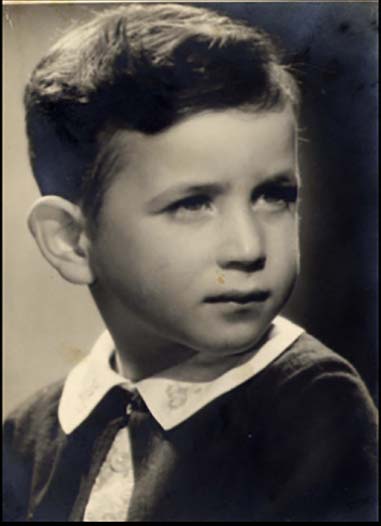 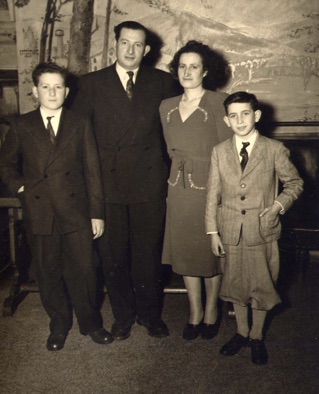 Orenstein Family (Philip Orenstein, his brother and his parents) before Immigration to America

Philip Orenstein had a life-long interest in art and painted whenever he had the opportunity. While living in New York in the early 1950’s, he visited art museums and galleries, just at the time the Abstract Expressionists were becoming known. While Orenstein was a student at Rutgers in the late 1950’s, three major art movements were germinating there: Happenings, Fluxus and Pop Art. While he did not take studio art classes at Rutgers, Orenstein continued to paint, studied art history, and took a course in modern art history with Alan Kaprow. Kaprow encouraged Orenstein to quit physics and become an artist, which he did after his graduation from Rutgers.

He moved back to New York in the early 1960’s, where he painted, sculpted and designed for a decade. In 1971 he began teaching studio art at Rutgers, where he eventually became a tenured professor and taught art for thirty years.

Orenstein has an extensive exhibition record dating from 1964 to the present. 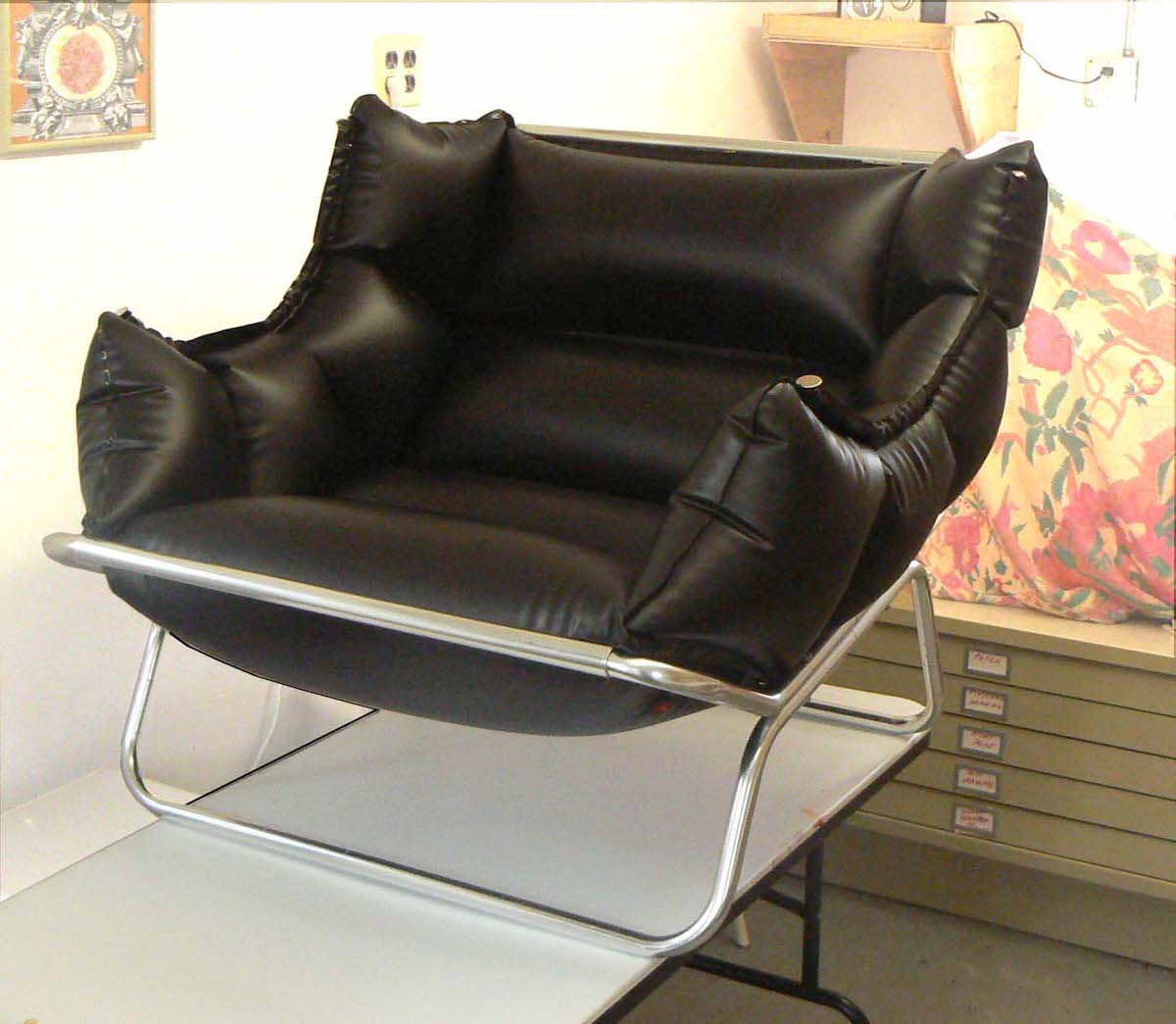 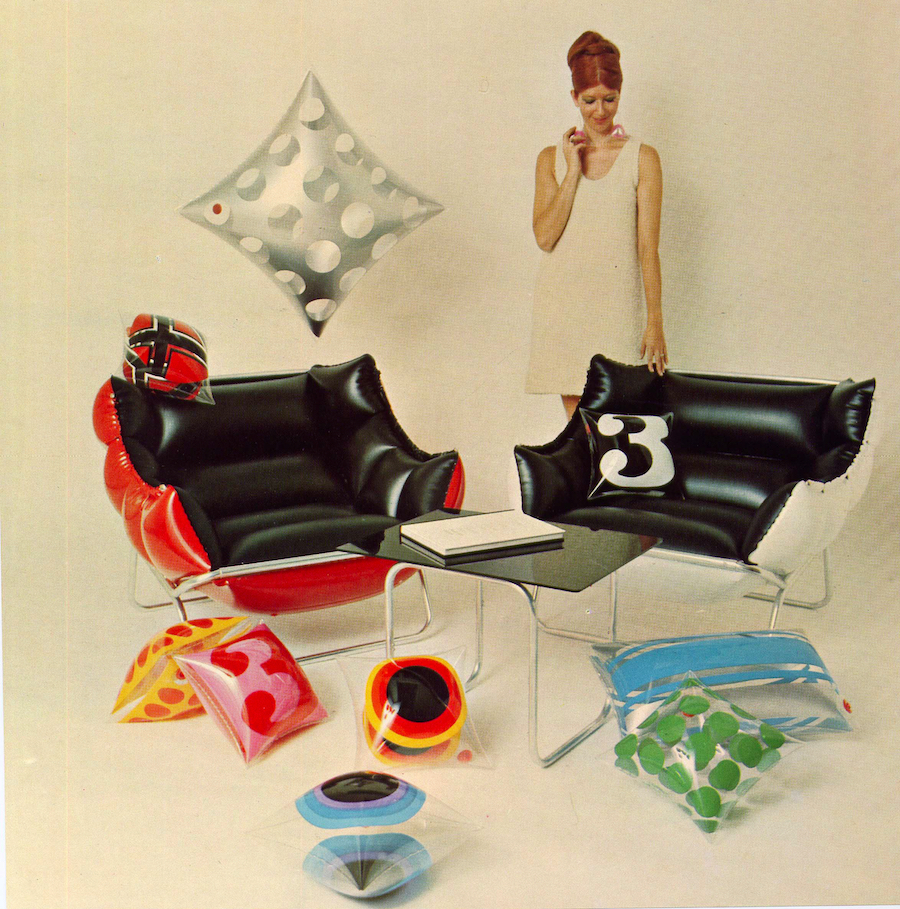 In 1993 in France there was a lot of discussion about the coming fiftieth anniversary of the liberation of Paris from Nazi occupation in 1944.  The myth that had developed over the years was that the French army and the French Resistance had liberated the city and that this had been an occasion for great rejoicing, ignoring the facts that the French government had collaborated with the occupiers, the French police had carried out all the roundups of Jewish families, and that the very day of the liberation a trainload of Jews was sent from France to Auschwitz.

Six of Orenstein’s seven murals were shown at Stephen F. Austin State University in Nacogdoches, Texas, and some were exhibited individually at various other venues, including the Susan Teller Gallery in New York, Sacred Heart University in Fairfield, Connecticut, and the New Jersey State Museum in Trenton.

This event is part of our monthly series Flight or Fight. stories of artists under repression.

The Fritz Ascher Society is a not-for-profit 501(c)3 organization. Your donation is fully tax deductible.
YOUR SUPPORT MAKES OUR WORK POSSIBLE. THANK YOU.