Ludwig and Else Meidner.
An Artist Couple Exiled in London
Lecture by Erik Riedel, Frankfurt/Main (Germany) 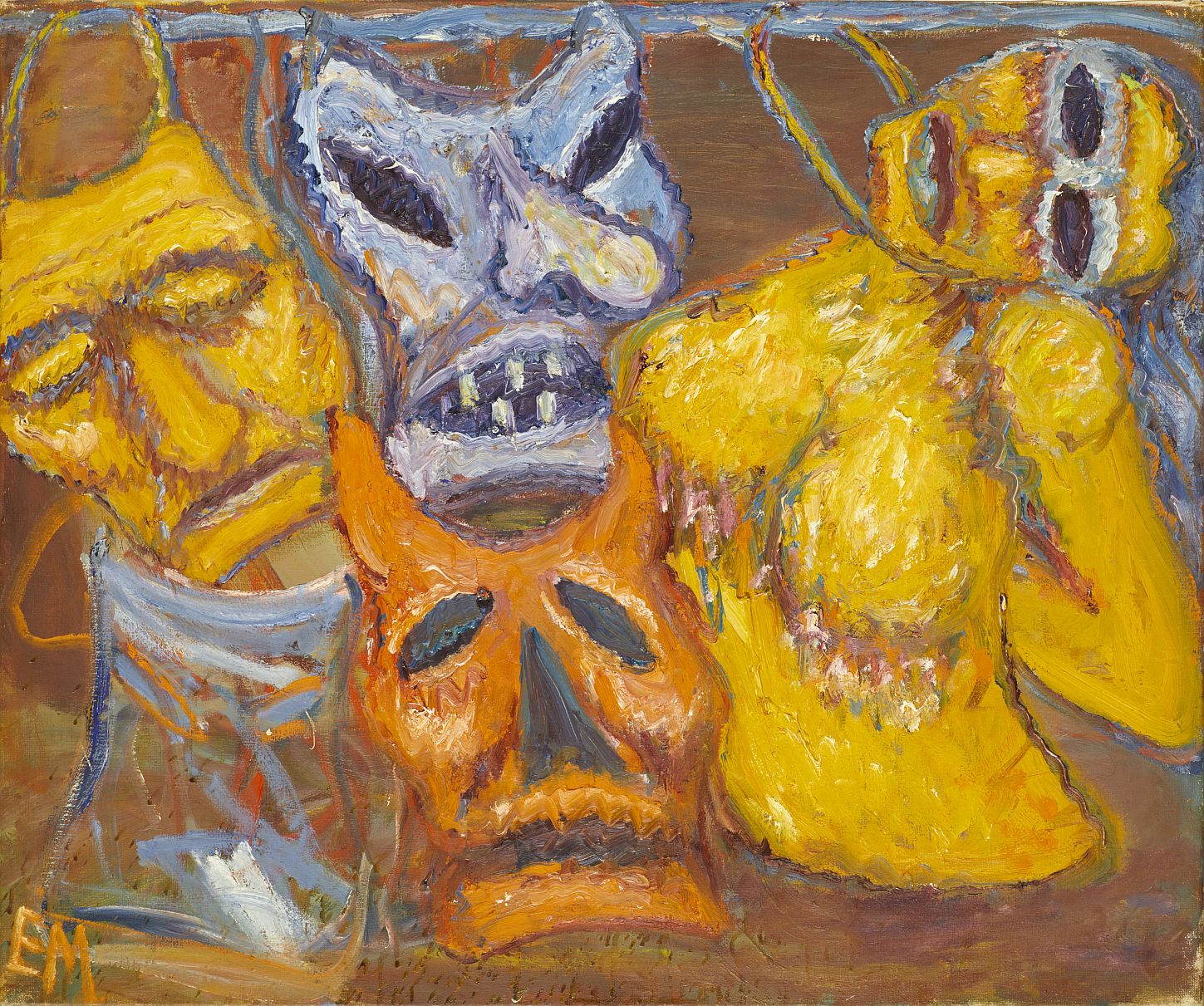 Ludwig and Else Meidner.
An Artist Couple Exiled in London
Lecture by Erik Riedel, Frankfurt/Main (Germany)

When Ludwig and Else Meidner met in 1925, he was already an established artist well-known for his so-called Apocalyptic Landscapes. Although Else started as Ludwig’s student, she developed a distinct independent style and he always praised her art as more refined than his own “coarse” works. As Else Meidner slowly gained recognition in Berlin art circles, her career was abruptly cut short by the Nazi-regime in 1933. She moved to Cologne with her husband in 1935; and they emigrated to England in 1939 only a few weeks before the war started. In London both lived largely unnoticed by the English art scene. But while Ludwig frustratedly returned to Germany, she decided to stay in England.

Their complicated relationship developed from intial passion and humorous banter to artistic rivalry and finally estrangement while each of them followed their separate artistic path. 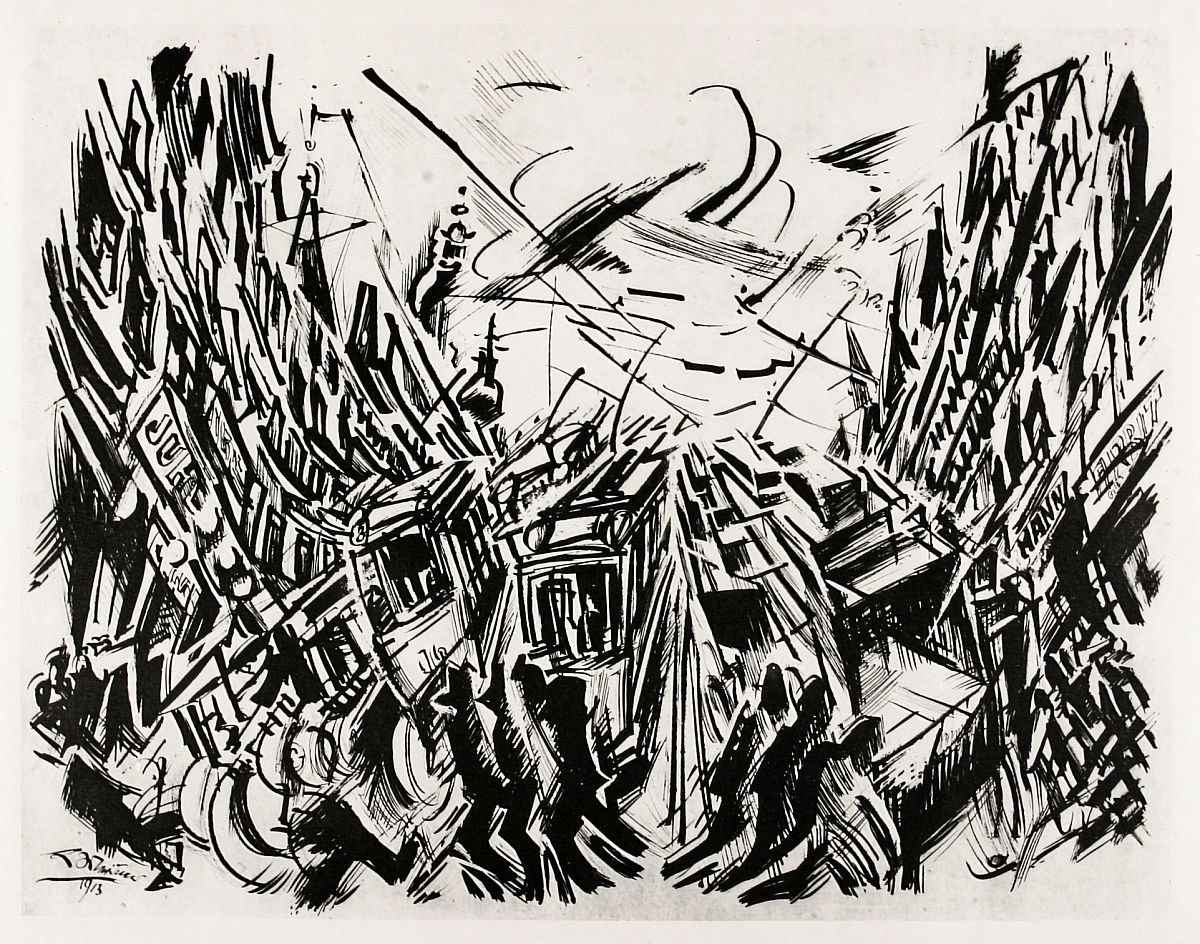 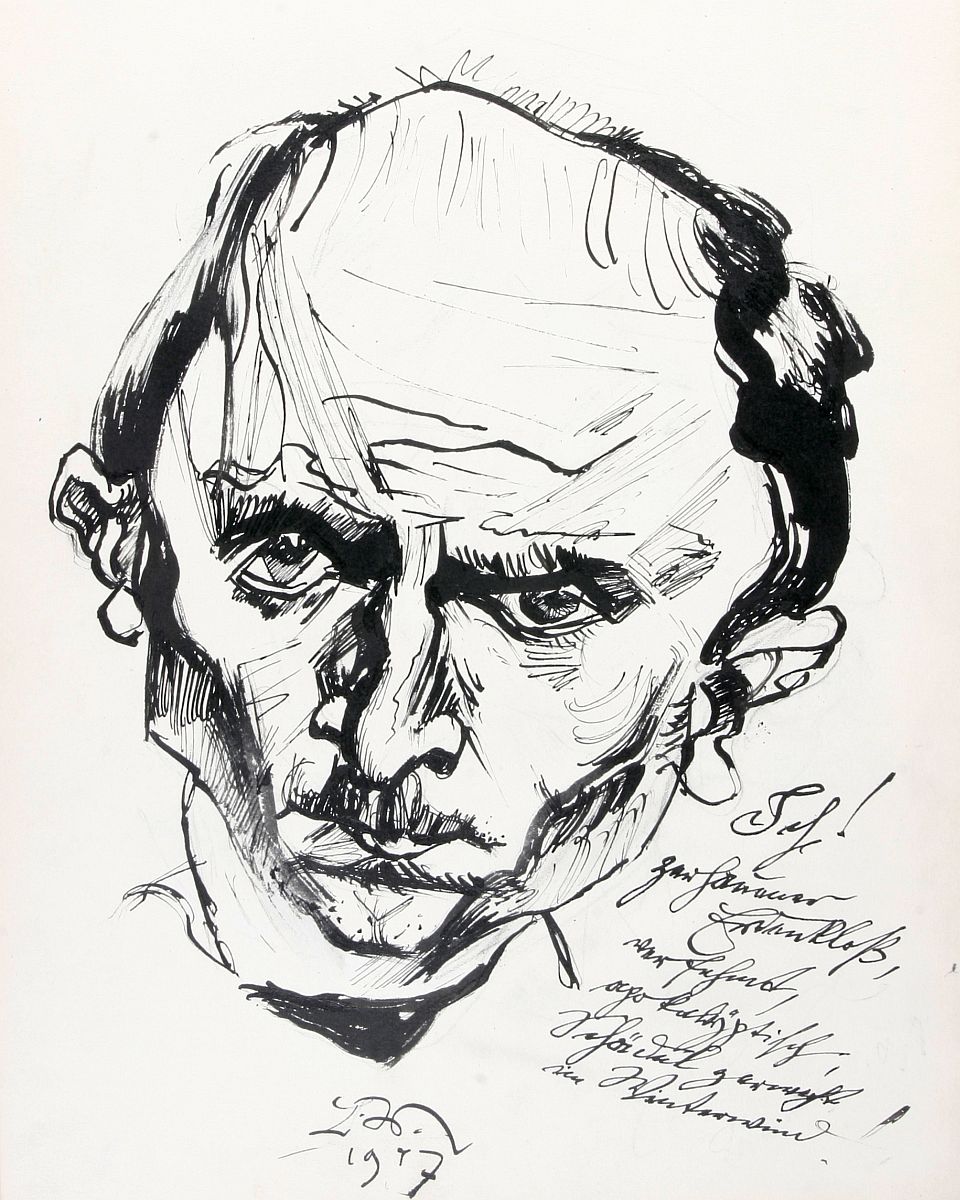 Ludwig Meidner (1884–1966) became famous for his expressionist paintings and drawings centering on big city dynamics, as well as catastrophes and the end of the world. At the outbreak of World War I, as the imagined catastrophes of what are referred to as his Apocalyptic Landscapes seemed to have become a horrible reality, Meidner increasingly turned to religious themes. His expressive figures hover between ecstasy and despair. In the mid-1920s, he returned to his religious roots and became a devout Jew. Subsequently, religious topics became an important focus of his artistic work.
In order to escape antisemitic repressions, he moved to Cologne where he became an art teacher at Yawneh Jewish School in 1935. In 1939 he fled with his family to England, where he was interned as an enemy alien on the Isle of Man. While in exile, Meidner produced primarily drawings and watercolor paintings, but very few oil paintings. Despite the disheartening impoverishment and lack of acknowledgement as an artist that characterized Meidner’s life in London, in an artistic sense, these years are regarded as highly productive.
Meidner returned to Germany in 1953, where he was moderately successful as portraitist. 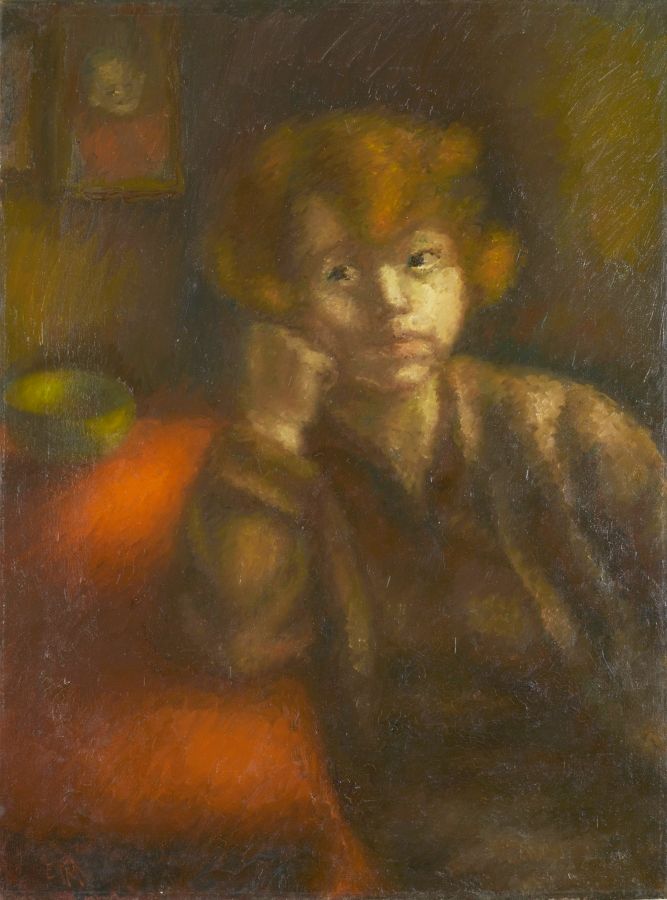 Else Meidner (1901–1987) grew up the daughter of the well-to-do Berlin physician Dr. Heinrich Meyer and his wife, Margarete, née Fürst. She was encouraged by Käthe Kollwitz and Max Slevogt to pursue her dream of becoming an artist and studied at the Applied Arts School and the Art Academy in Berlin. She later attended Ludwig Meidner’s drawing class at the Berlin Studienatelier für Malerei und Plastik.
She was predominantly a portraitist but also created landscapes and symbolic scenes. In the late 1920s, Else Meidner slowly gained recognition in the Berlin art circles. In May 1932, she held a solo exhibition at Juryfreie in Berlin that was well received by critics. Her career was abruptly cut short by the Nazi-regime in 1933. She moved to Cologne with her husband in 1935; and they emigrated to England in 1939 only a few weeks before the war started.
In her memoirs, she writes, “Here in London I walk about as in a dream and am surprised I’m here. Some plants thrive wherever you transplant them, but I could never put down new roots. My roots are in Berlin.” However, when Ludwig Meidner moved back to Germany in 1953, Else Meidner remained in London. 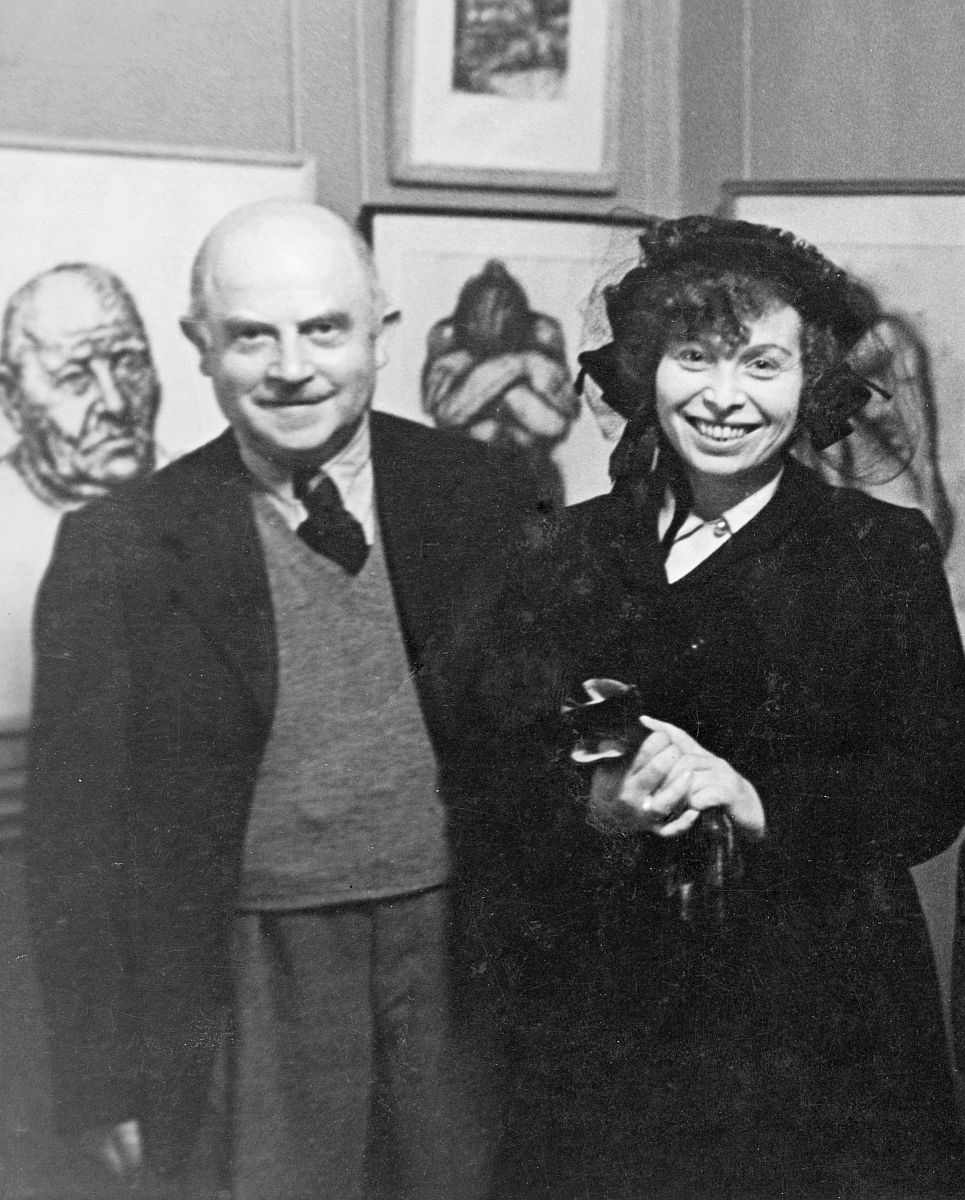 Ludwig and Else Meidner at the opening of their joint exhibition at Ben Uri Gallery in London, 1949 (detail). © Ludwig Meidner-Archiv, Jewish Museum Frankfurt

In this lecture, Erik Riedel, head of exhibitions at the Jewish Museum Frankfurt and curator of the museum’s Ludwig Meidner Archives in Frankfurt/Main (Germany), speaks about Ludwig and Else Meidner’s art, their complicated relationship, and finally estrangement.

Erik Riedel studied art history, history, and philosophy in Heidelberg and Frankfurt. He is head of exhibitions at the Jewish Museum Frankfurt and curator of the museum’s Ludwig Meidner Archive. The archive consists of the artistic estates of Ludwig and Else Meidner and several other artists who were forced into exile. Erik Riedel has curated numerous exhibitions on 19th- and 20th-century art, for instance on Moritz Daniel Oppenheim, Ludwig and Else Meidner, Charlotte Salomon, and Arie Goral. Apart from several exhibitions catalogues he has published the catalogue raisonné of Ludwig Meidner’s sketchbooks and the conference proceedings “Ludwig Meidner. Expressionism, Ecstasy, Exile” (2018).

The event is moderated by FAS Director Rachel Stern.

All our virtual programs are free of charge. Please help us keep it that way and join our SUMMER CAMPAIGN. YOUR SUPPORT MAKES OUR WORK POSSIBLE. THANK YOU.