AS SEEN THROUGH THESE EYES
Conversation with Film Director Hilary Helstein, Los Angeles 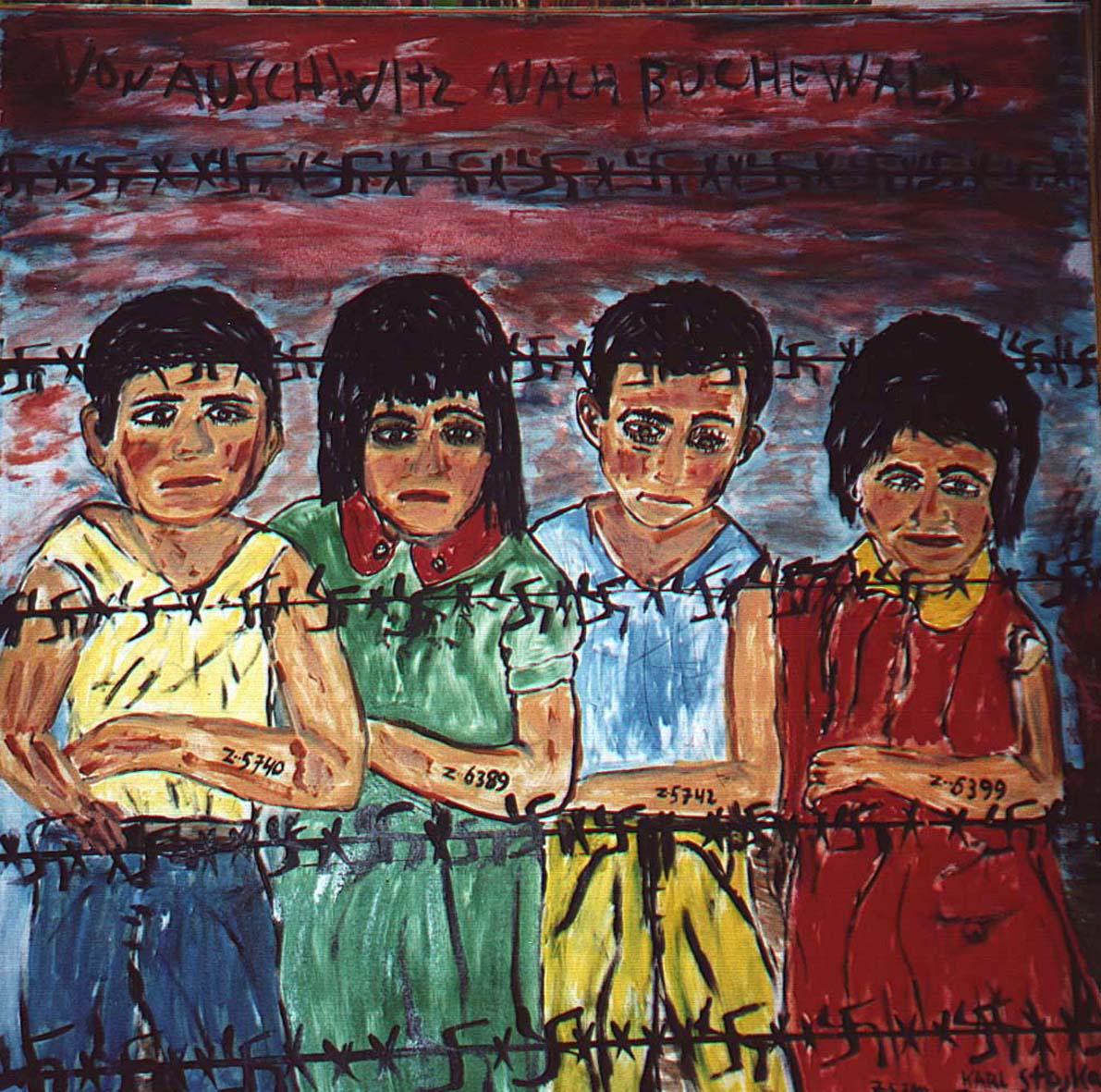 AS SEEN THROUGH THESE EYES
Conversation with Film Director Hilary Helstein, Los Angeles

In honor of UN Holocaust Remembrance Day, Hilary Helstein, director of the award-winning documentary “As Seen Through These Eyes” spoke with Rachel Stern, director and CEO of the Fritz Ascher Society New York, about the making of her documentary.

As poet Maya Angelou narrates this powerful documentary, she reveals the story of a brave group of people who fought Hitler with the only weapons they had: charcoal, pencil stubs, shreds of paper and memories etched in their minds. These artists took their fate into their own hands to make a compelling statement about the human spirit, enduring against unimaginable odds. Featuring interviews with Simon Wiesenthal as he talks about his art, never before appearing in a film, the children of Theresienstadt, Dina Babbitt, personal artist to Dr. Mengele, and Gypsy artist, Karl Stojka. Score features music by Sony/BMG’s Anna Nalick and Lorin Sklamberg of The Klezmatics.

Watch the Trailer of “AS SEEN THROUGH THESE EYES”:

UNTIL SUNDAY: watch a FREE SCREENING OF “AS SEEN THROUGH THESE EYES”: https://vimeo.com/407289460 (Password: Menemsha (case sensitive))

Fred Terna (1923-2022) was born in 1923 in Vienna. His family returned to Prague, their hometown, soon thereafter. He lived and attended school there until the Germans occupied the city in 1939. Beginning in October 1941, Mr. Terna was interned in a number of camps, including Terezin, Auschwitz-Birkenau, and Kaufering, a sub-camp of Dachau. He was liberated near Landsberg in Bavaria on April 27, 1945. He was the only remaining member of his family. After liberation, Mr. Terna was hospitalized in Bavaria for a few months, then sent back to Prague for further recuperation. He left Prague late in 1946, settling in Paris for several years. In 1952, he arrived in New York. As an artist and painter, Terna used folded canvas, sand, and pebbles, seeking to address the psychological space of trauma, often incorporating the charged symbols of chimneys and ash to abstract effect. He served as president of the Jewish Visual Artists Association from 1978-1981. Besides speaking about his wartime experiences, he lectured extensively on the history of Jewish art, and taught a course on the subject for some years at the New School in New York. 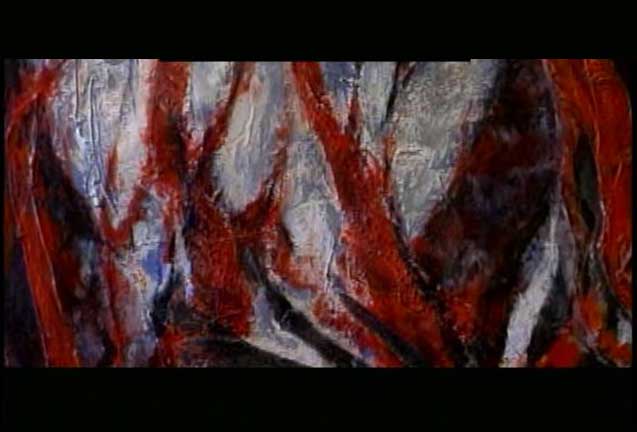 In 1944, Josef Mengele ordered a Jewish inmate in Auschwitz to paint portraits of Romani people as graphic ‘evidence’ of the Nazis’ racial theory. A young art student when she was deported to Auschwitz, Dina Gottliebová Babbitt (1923-2009) had drawn a “Snow White” scene on a wall of a children’s barracks to help soothe the youngsters. Josef Mengele, the infamous Nazi doctor who performed hideous experiments on prisoners, heard of her talents and made her his personal artist. In 1973, the Auschwitz-Birkenau Museum informed the artist that some of the works still existed. Babbitt’s long and unsuccessful campaign to retrieve the seven paintings of doomed Gypsy prisoners from a Polish state museum at Auschwitz became a rallying point for many other artists and Holocaust survivors.

The Book of Alfred Kantor, An Artist Journal of the Holocaust, Schocken; 1st edition (January 13, 1987) 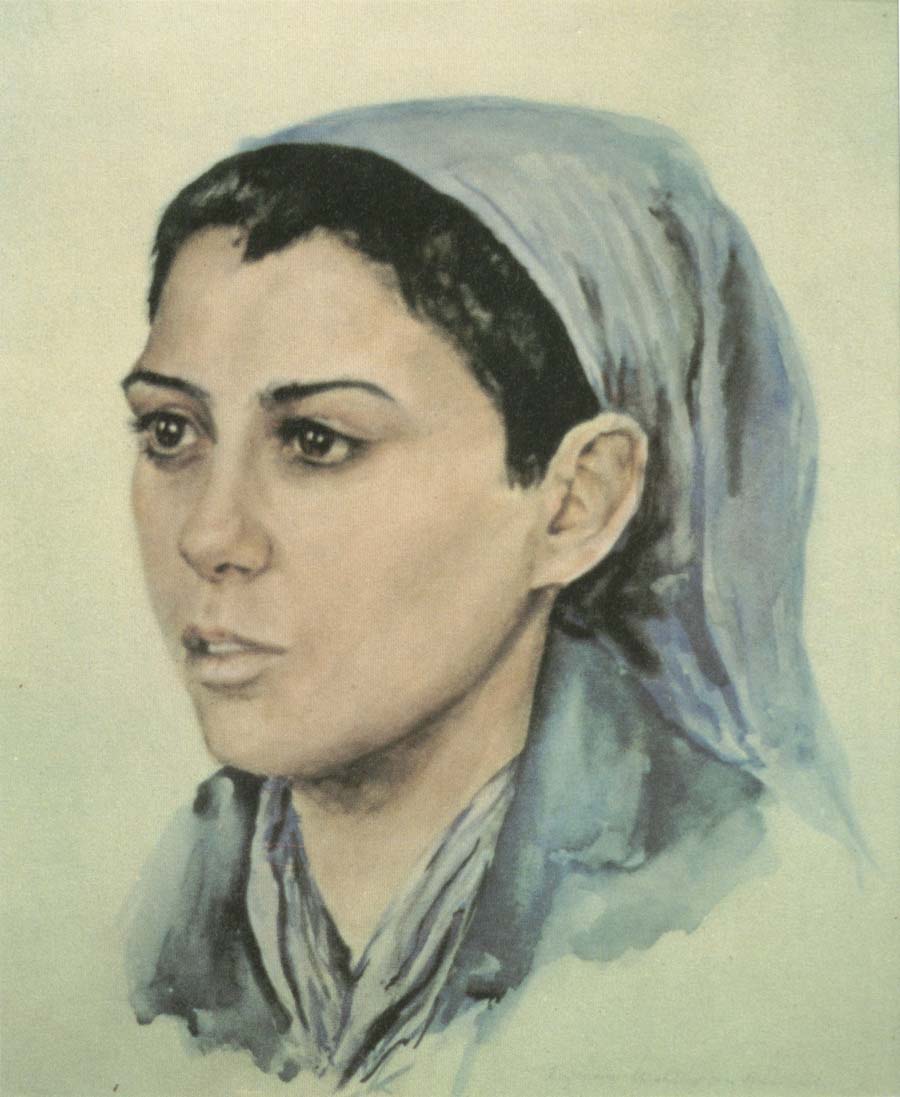 Karl Stojka (1931-2003), a Gypsy child who was Mengele’s errand boy, painted over 1,000 canvases because he didn’t “want to forget anything. These images are burned into my mind.” Karl was the fourth of six children born to Roman Catholic parents in the village of Wampersdorf in eastern Austria. The Stojkas belonged to a tribe of Roma (“Gypsies”) called the Lowara Roma, who made their living as itinerant horse traders. In 1943, at the age of only 12 years, Karl was deported to the concentration camp of Auschwitz-Birkenau, together with his mother and his five brothers and sisters. His father had already been murdered by the Nazis. The so-called Gypsy Family Camp was situated at the far end of the vast area of Auschwitz-Birkenau, close by the crematoria and the ramp where the trains carrying the deportees came to a halt to unload their cargo. “One could see the fire day and night; it stank terribly. The main street of the Gypsy camp was in front of our barracks; we named it the highway to hell. My brother and I stood at the fence and saw rows of people with yellow stars pass on their way to the gas chambers.”

Karl Stojka survived, and started painting as an autodidact in 1985, depicting his traumatic experiences in the concentration camps.

Karl Stojka, Family Portrait. My Brother and Sisters and Me 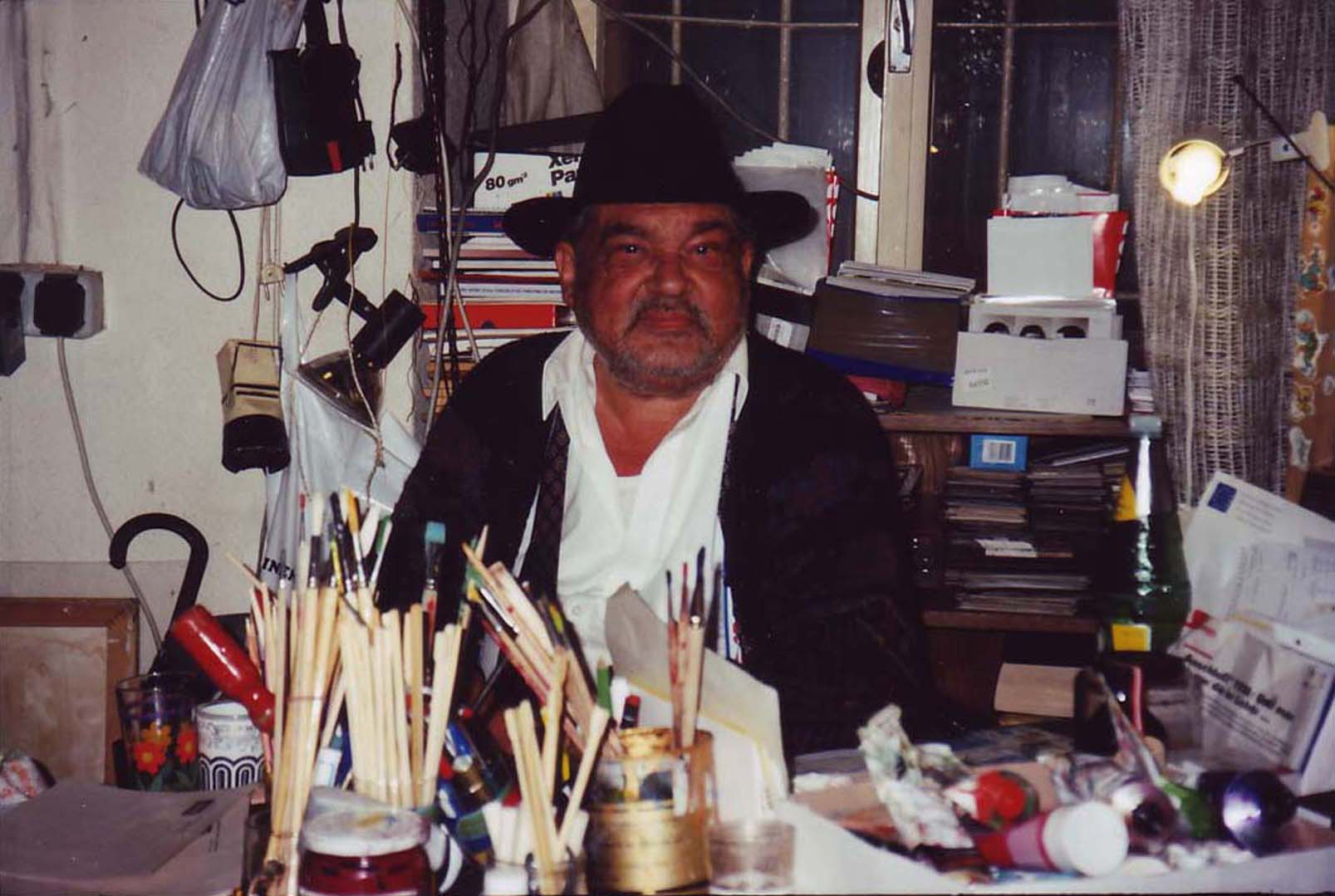 Karl Stojka in his art studio

Holocaust survivor, artist, Nazi hunter Simon Wiesenthal (1908-2005) created the sketch below during his captivity on the Death Block in Mauthausen concentration camp in 1945. “Oh Lord, do not forgive them, for they know what they do!” 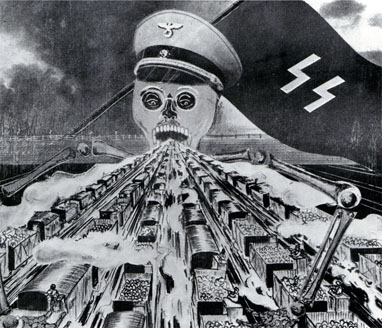 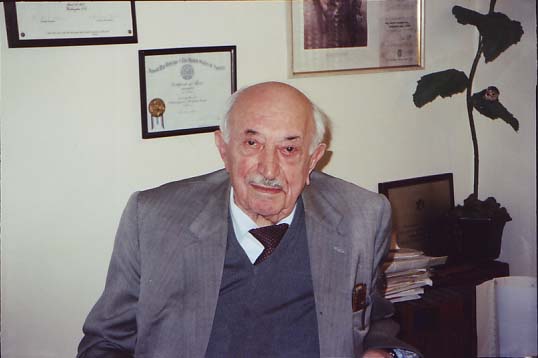 Hilary Helstein began her work in the humanitarian field with Spielberg’s USC Shoah Foundation, where she directed/produced over 250 interviews with survivors, liberators and rescuers.  Her commitment to teaching history initiated the 10+ year journey in creating the documentary, As Seen Through These Eyes, (narrated by Maya Angelou, co-produced by the Sundance Channel) collecting testimonies from Holocaust artist-survivors, including Simon Wiesenthal, about art used as a form of resistance and mental escape and healing. The film has garnered multiple international awards including Best Film at the prestigious Thessaloniki Documentary Festival in Greece as well as in Warsaw, Argentina, Los Angeles and others. It won the Director’s Choice Gold Medal for Excellence, Award for Best Impact of Music in a Documentary at the Park City Film Music Festival. It was shown at the United Nations for their special Holocaust Remembrance Program and subsequently screened at UN offices throughout the world including the EU Headquarters in Brussels, Vienna’s UNIS, Israel, Myanmar, South Africa, the Philippines and Namibia, as a human rights film.

Hilary’s passion for film led her to the position of Executive Director/CEO/co-founder of the Los Angeles Jewish Film Festival LAJFF), now in its sixteenth year.

Beyond film, Hilary has curated art exhibitions including “Samuel Bak: Between Worlds” for the Jewish Federation in Los Angeles, “Memory and Meaning” for the LA Museum of the Holocaust, and the most recent traveling exhibit, “Art Survives: Expressions from the Holocaust,” based on the artwork in As Seen Through These Eyes. 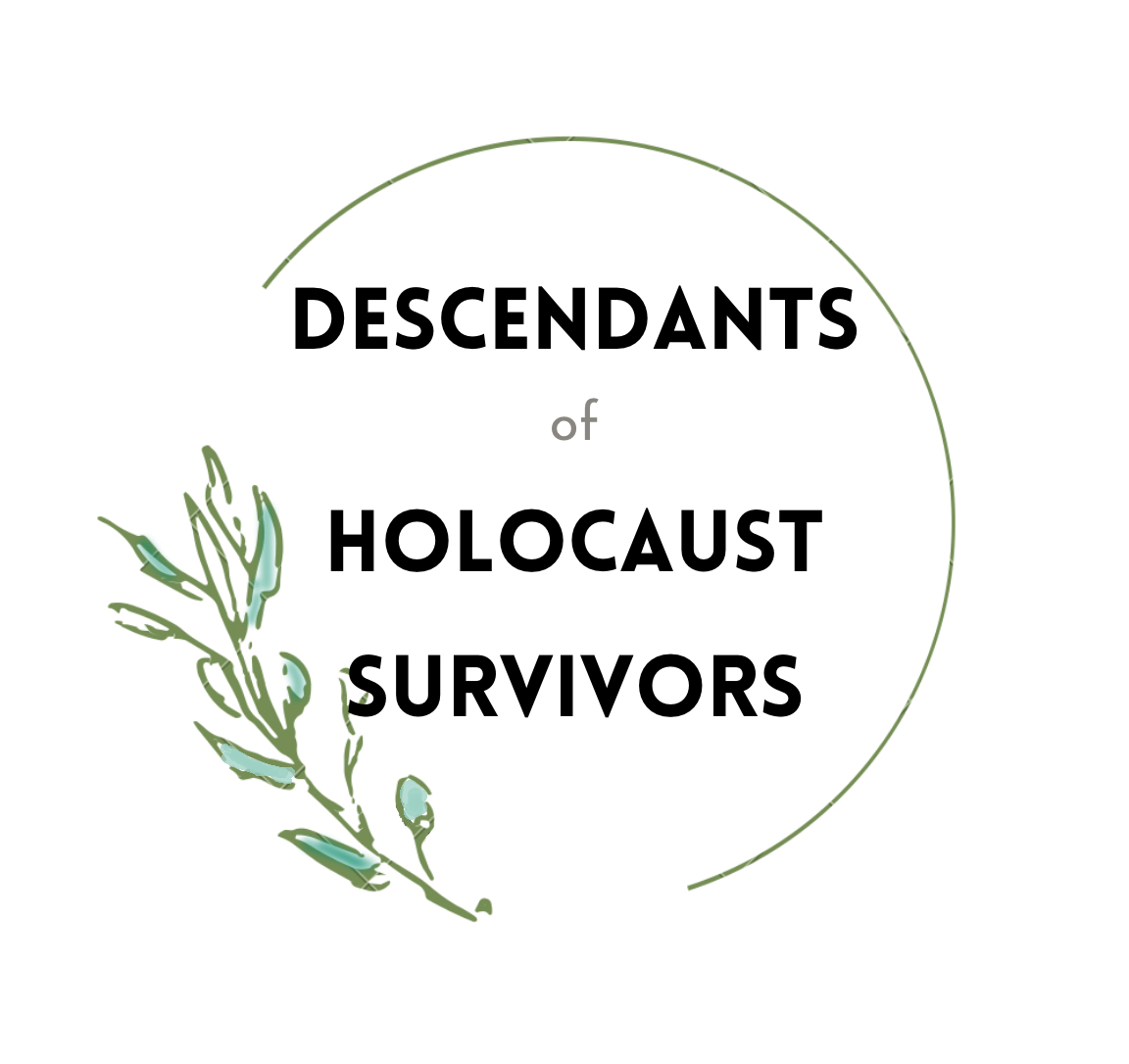 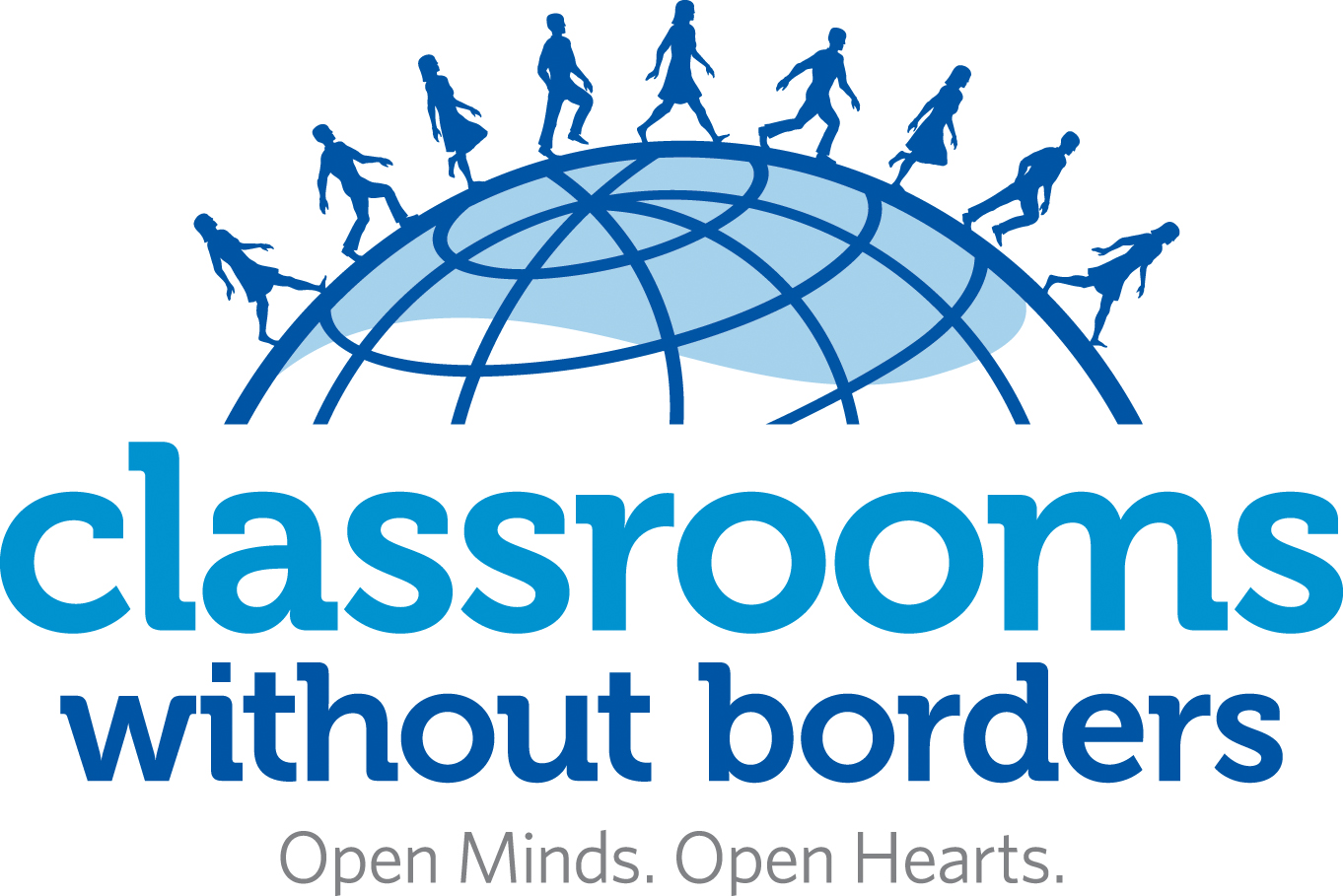 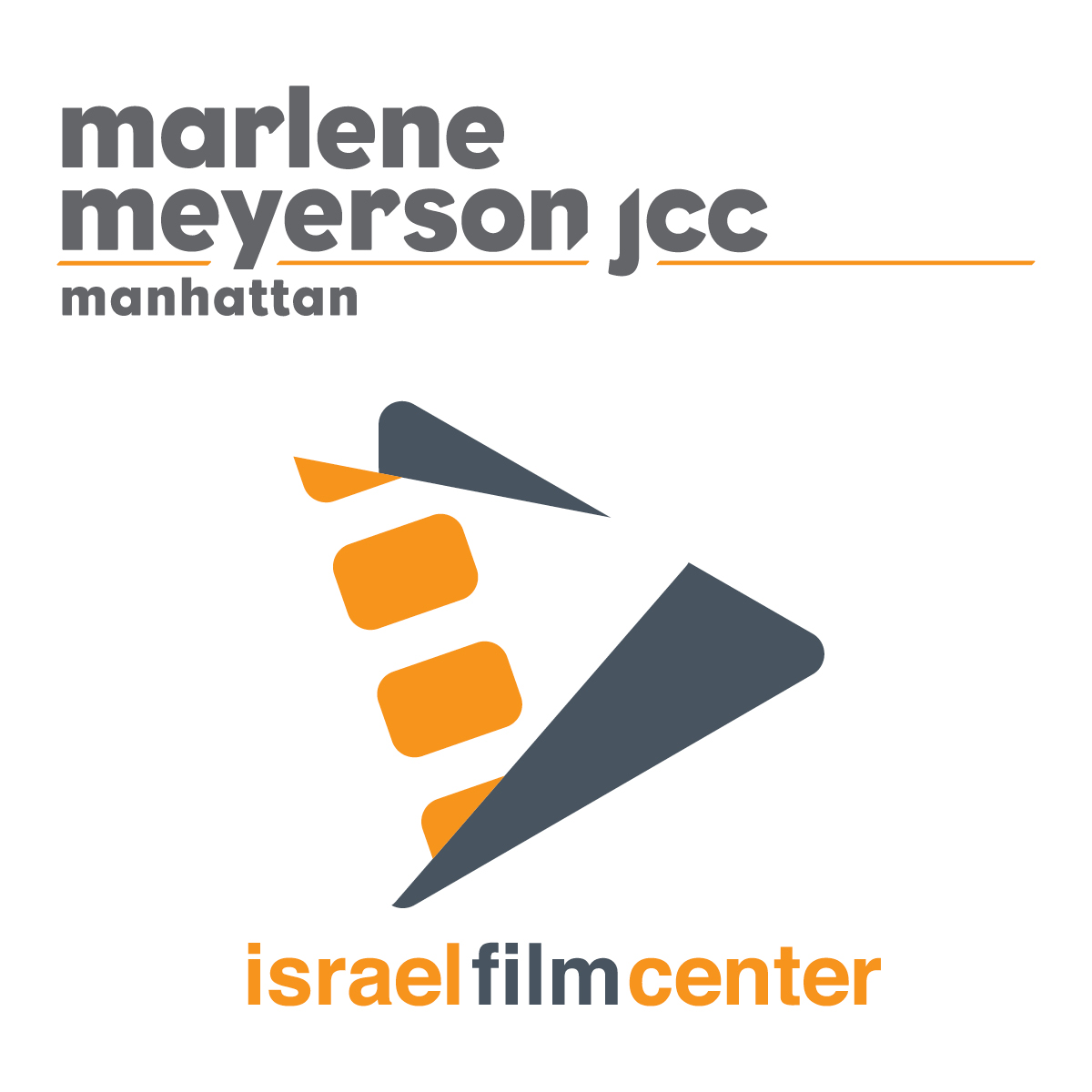 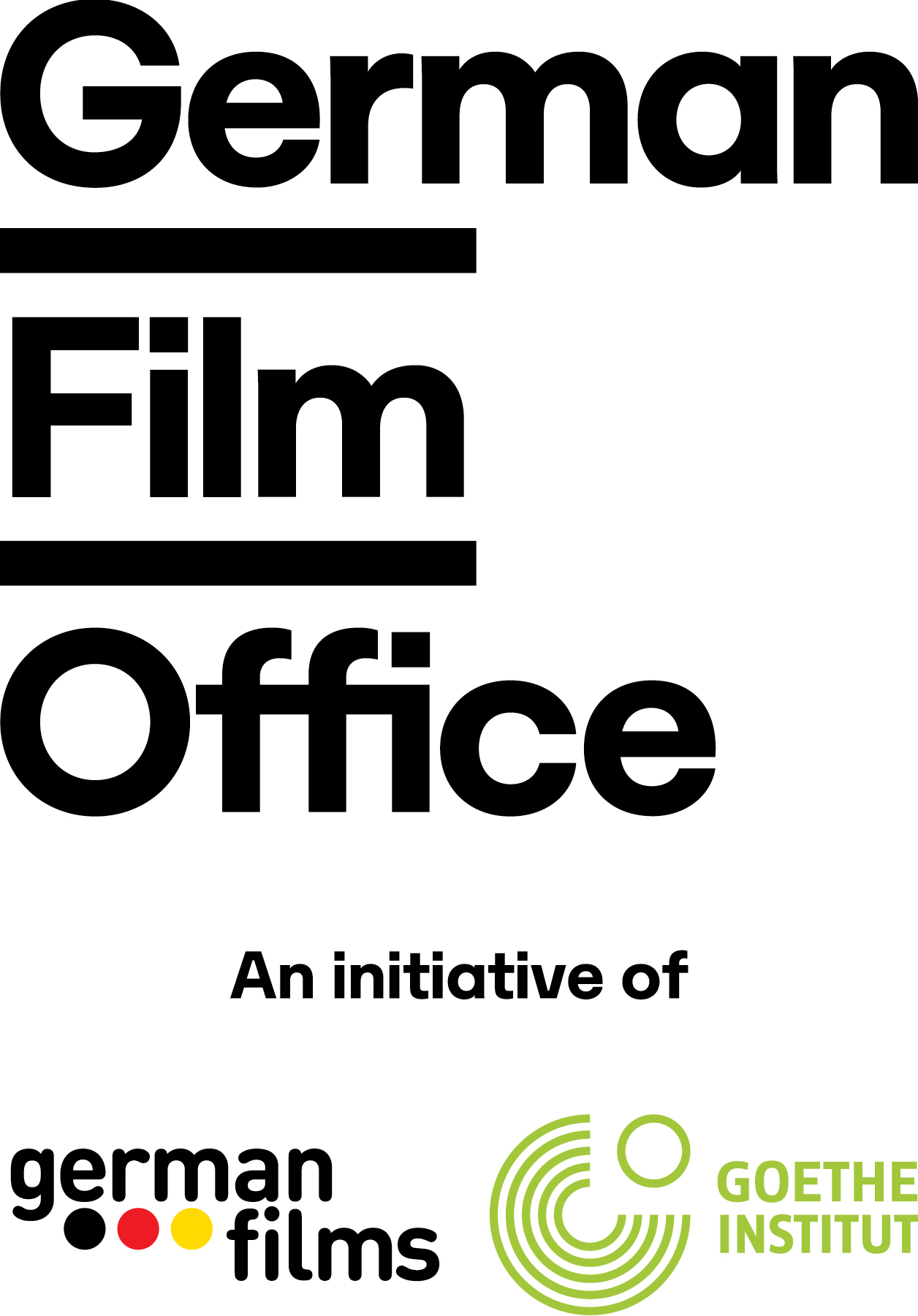 The Fritz Ascher Society is a not-for-profit 501(c)3 organization. Your donation is fully tax deductible.
YOUR SUPPORT MAKES OUR WORK POSSIBLE. THANK YOU.
DONATE HERE
+ Google Calendar+ Add to iCalendar