The Aktive Museum in cooperation with the Gedenkstätte deutscher Widerstand and the Gedenk- und Bildungsstätte Haus der Wannsee-Konferenz is examining the practice of restitution after 1945 in divided Berlin, which is shown on the occasion of the 70th anniversary of the liberation from the National Socialist Regime. website

Especially in Berlin, where during the Cold War two completely different concepts of restitution existed side-by-side, their political framework and its consequences for the restitution procedures can be demonstrated like nowhere else.

27 individual cases vividly present diverse groups of victims and restitution procedures in Berlin West and East. They illustrate the repercussions of the often lengthy procedures for the victims. At the same time, the sociopolitical parameters can be determined that caused late restitution to specific groups of victims. In addition, the players of these proceedings – organizations of victim groups as well as lawyers and government representatives – are portrayed.

“»Making Amends« Compensation and Restitutions in a Divided Berlin” is on view from October 9, 2015 until January 14, 2016 at the Gedenkstätte deutscher Widerstand, Berlin and from September 29 until November 18, 2016 at Landgericht Berlin/Amtsgericht Mitte, Berlin.

A catalogue was published by Lukas Verlag, Potsdam. catalogue 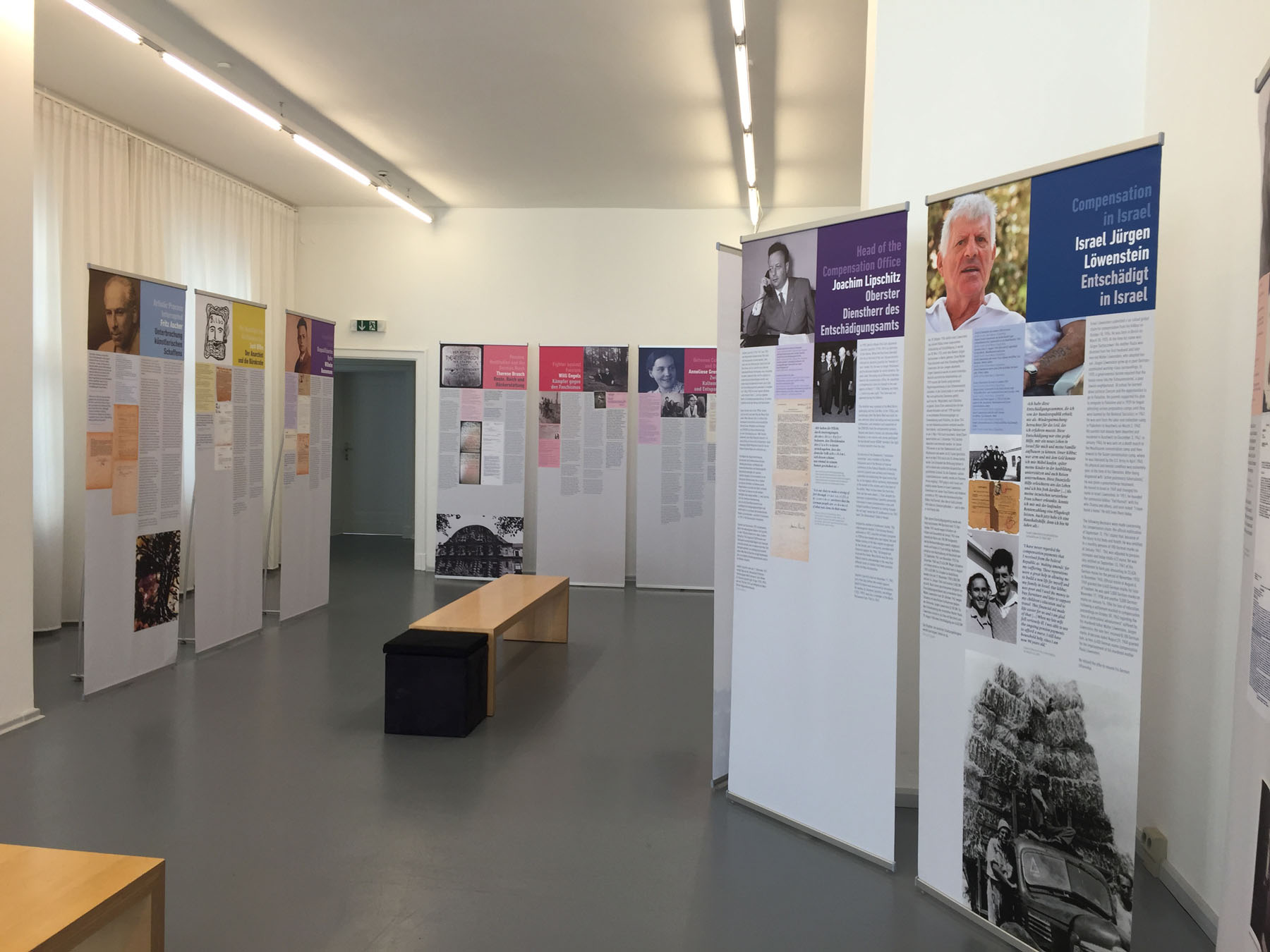 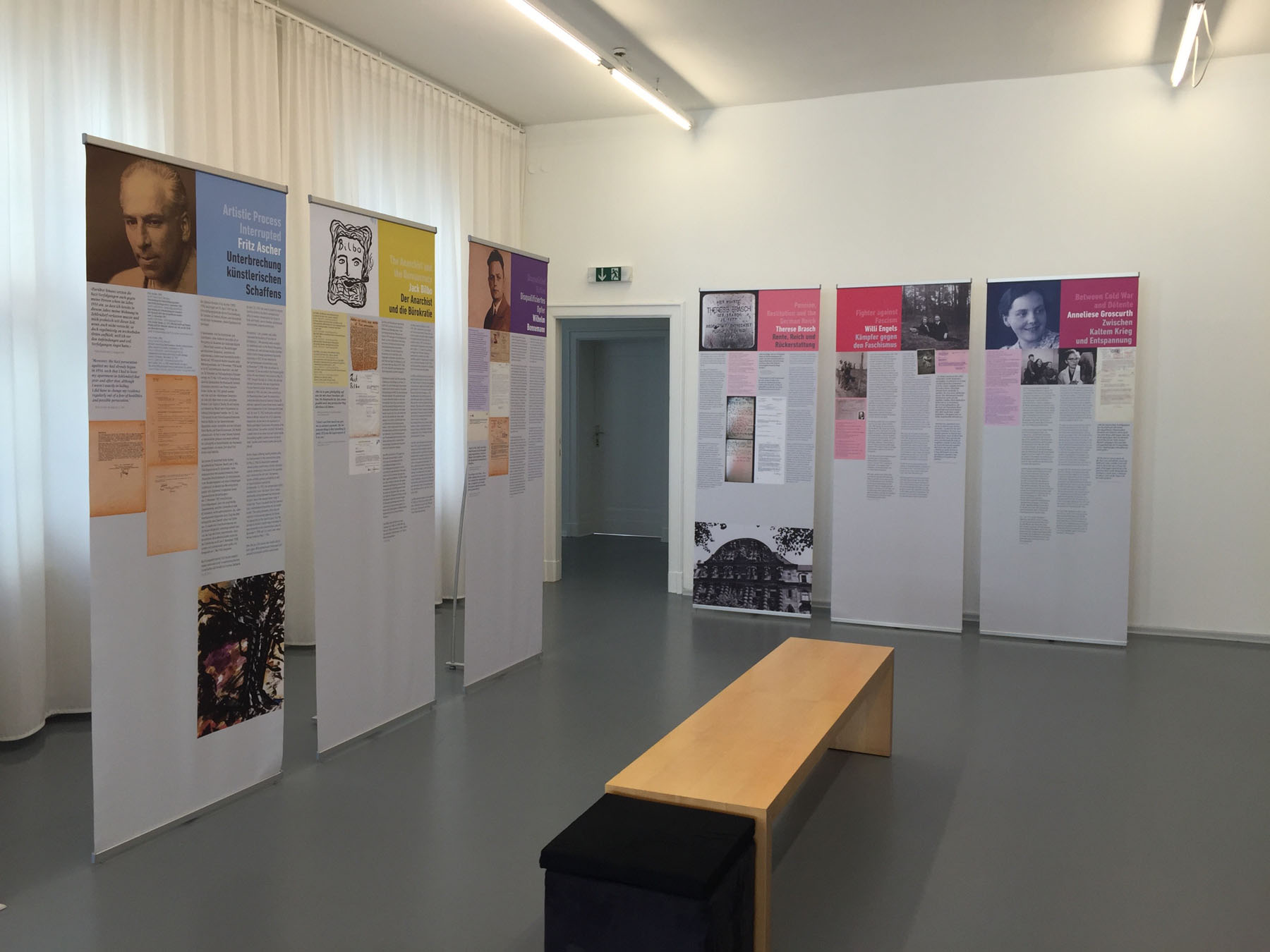 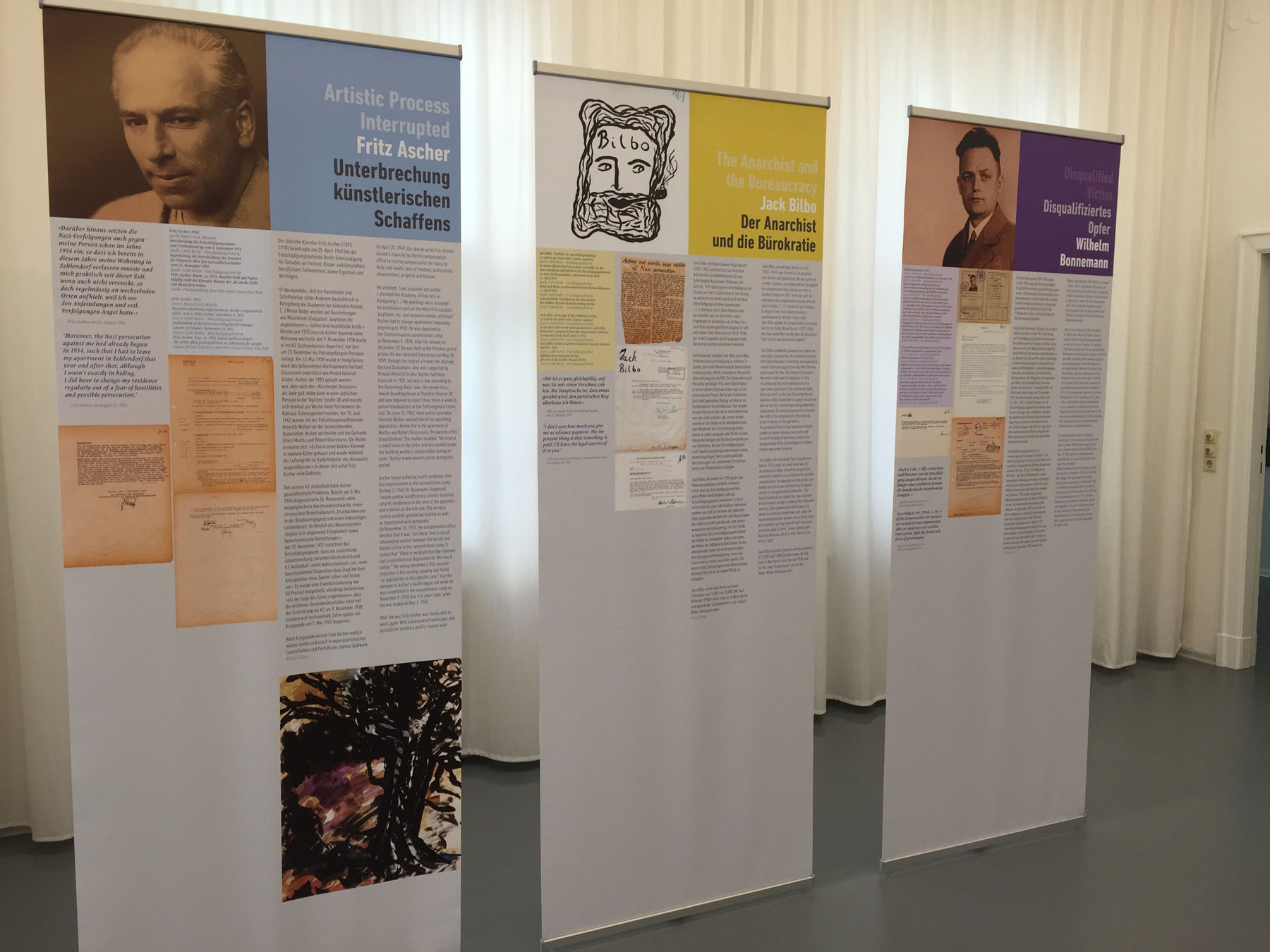 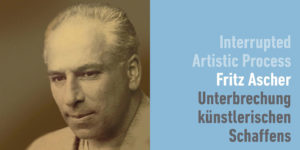