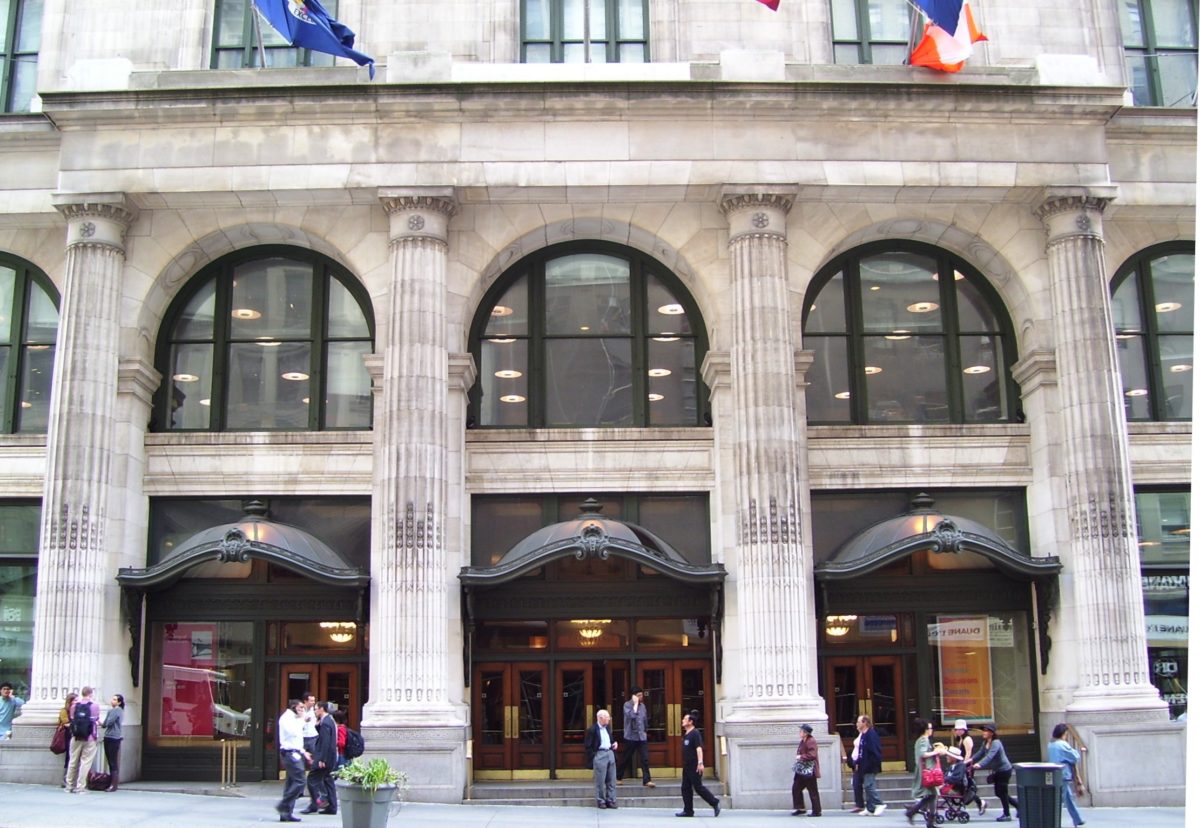 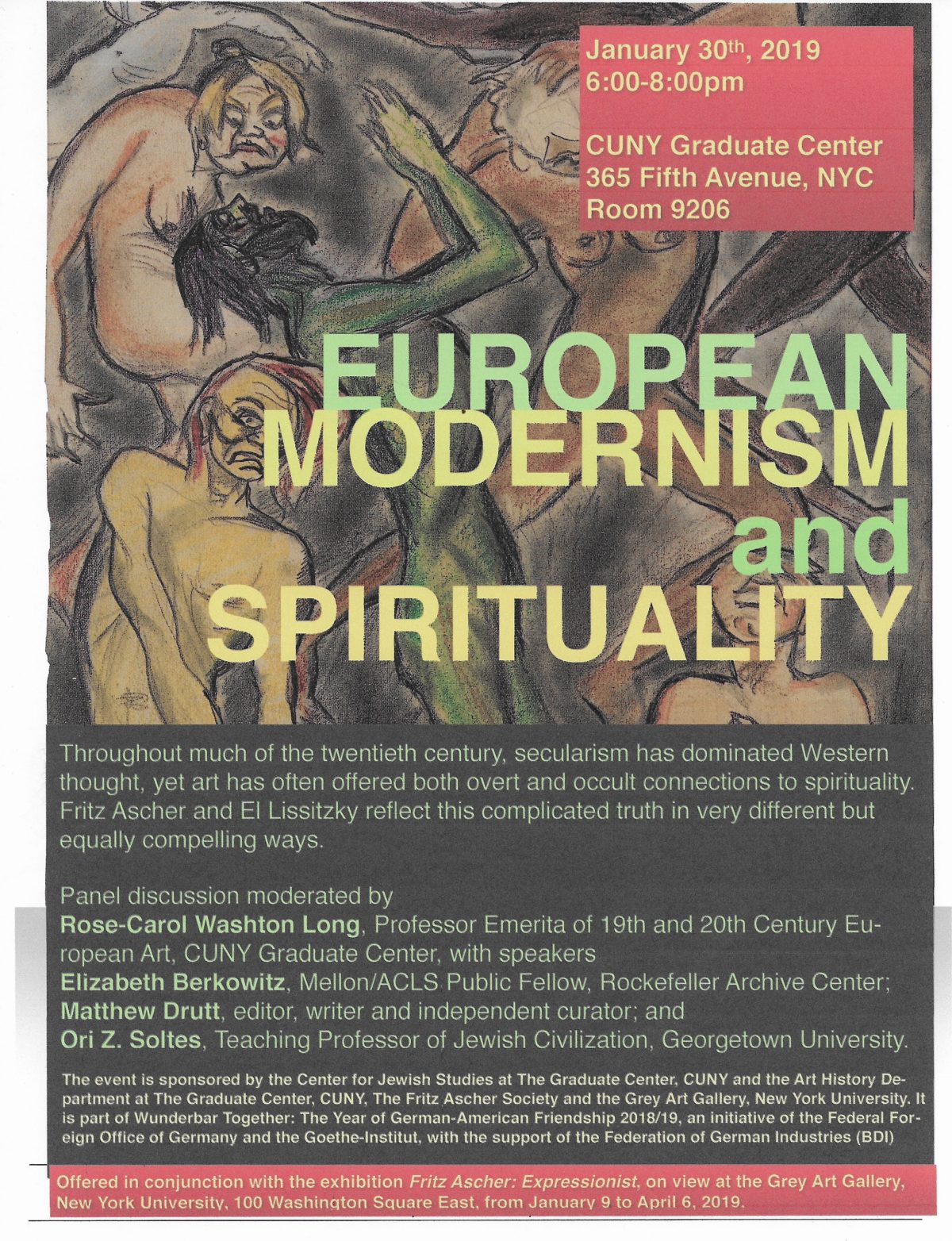 Throughout much of the 20th century, secularism has dominated Western thought, yet art has often offered both overt and occult connections to spirituality. Fritz Ascher and El Lissitzky reflect this complicated truth in very different but equally compelling ways.

Sponsored by the Center for Jewish Studies at The Graduate Center, CUNY and the Art History Department at The Graduate Center, CUNY; the Fritz Ascher Society; and the Grey Art Gallery, NYU. This event is part of Wunderbar Together: The Year of German-American Friendship 2018/19, an initiative of the Federal Foreign Office of Germany and the Goethe-Institut, with the support of the Federation of German Industries (BDI).