Please join us, the Museum of Jewish Heritage and the German Consulate General in New York TOMORROW, January 19 at 2:00pm ET for a stirring performance of Carolyn Enger’s Mischlinge Exposé, which will be live streamed from Edmond J. Safra Hall. The performance will be followed by a discussion.

Registration link for the livestream HERE. 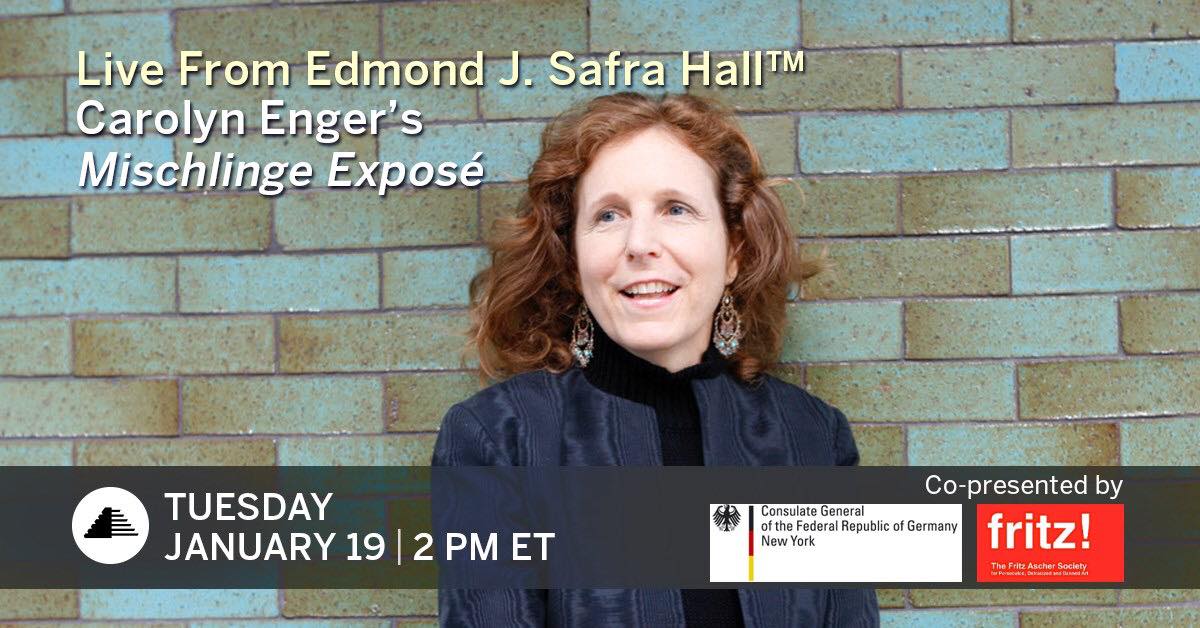 Carolyn Enger is a pianist based in the greater New York City area, with roots reaching back to Breslau, now Wroclaw, Poland. Her “Mischlinge Exposé” brings to light the stories of Mischlinge—a derogatory term used by the Nazis to describe people with both Jewish and Aryan ancestry—like her father and godmother, interwoven with the music and writings of prominent German Jewish converts and Mischlinge.

On Wednesday, January 27, 12:00pm ET Ori Z. Soltes from Georgetown University in Washington DC will speak about “Between Art and Record Keeping – Artistic Representations of the Holocaust”.

Visual art during and after the Holocaust, by victims and survivors eloquently contradicts the famous comment by Theodor Adorno that “after the Holocaust to make art is barbaric.” On the contrary, it was and is necessary: as part of the record of events as they were transpiring, and as part of the human response to horror–to express anger, to raise questions, to offer healing–in the time after those events. Who creates the art and what kind of art is created? What role does it play in wrestling with the question of what God is and what we humans are? These issues have implications both from within the heart of the Holocaust and from well beyond its particular boundaries. One very touching group of drawings was created 1943/44 by children at the Terezin (Theresienstadt) ghetto. Margit Koretzova (April 8, 1933-April 1944 Auschwitz) was one of these children, only 11 years old when she perished at Auschwitz not long after creating Butterflies.

At the Terezin (Theresienstadt) ghetto, artist Friedl Dicker-Brandeis organized officially supported art lessons encouraging the children to express their feelings in their work. Before being shipped to Auschwitz, Friedl Dicker-Brandeis buried 4500 of pieces of artwork in two suitcases. Others were found hidden in mattresses and stuffed in cracks between the walls. These drawings allow us to see what life was like in Terezin, through the eyes of children: a heart rending look at the misery, sadness, and fear of these innocents as well as their courage, their hopes, and their fears.

In autumn of 1944 Friedl Dicker-Brandeis and the majority of her students were deported East, and with her nearly all of them perished in the gas chambers of Auschwitz. Of the 15,000 children who passed through the Terezin (Theresienstadt) ghetto, only about 100 survived.

This is the largest collection of children’s drawings from the period of the Shoah in the world. It is in the collection of the Jewish Museum Prague. 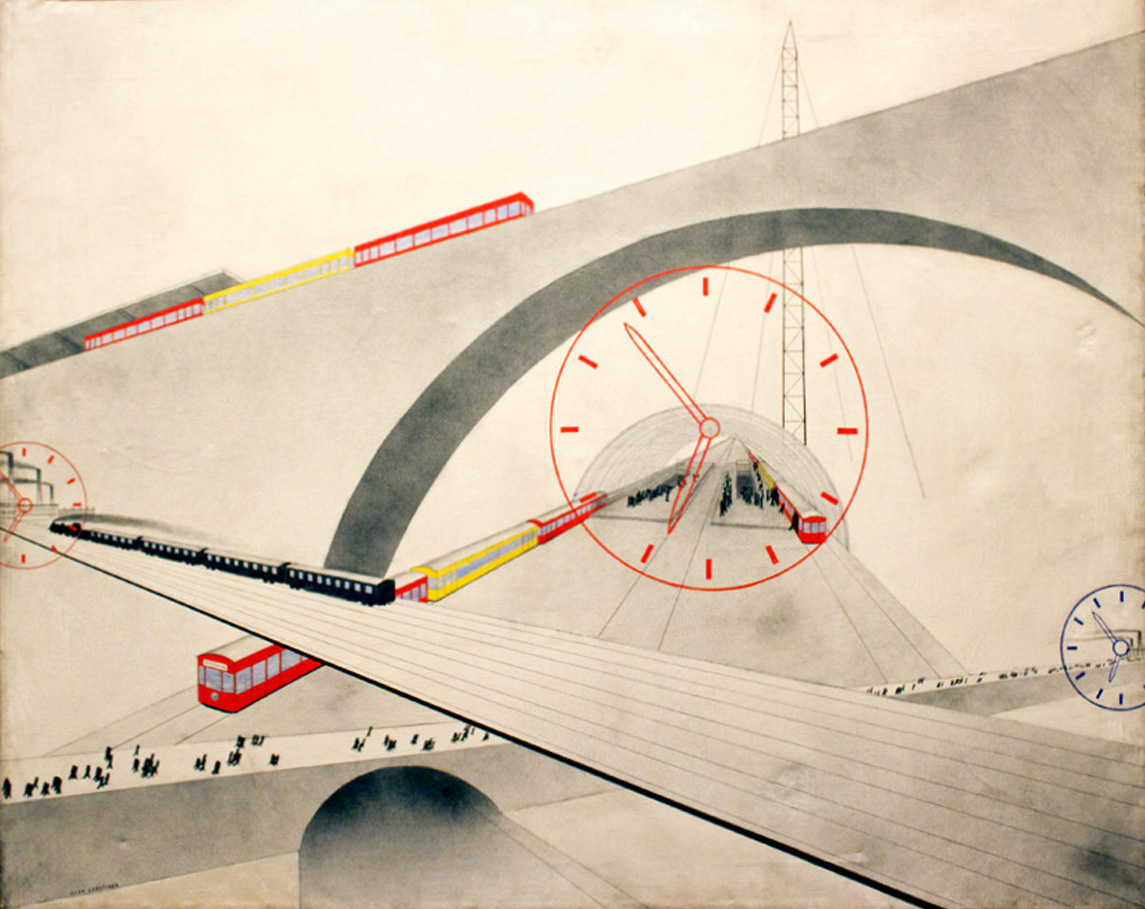 On February 10 at 12:00pm ET, our lecture series “Flight or Fight: Stories of Artists under Repression” continues with “Excluded and yet entangled in two dictatorships: The political constructivist Oskar Nerlinger (1893-1969).”

Eckhart Gillen from Berlin will speak about Oskar Nerlinger, who was an avant-gardist in the Weimar Republic. He was marginalized as a “formalist” by both the communists and the National Socialists, and yet he allowed himself to be employed by both systems. This lecture examines the mechanisms of these aesthetic and moral adaptations.

I hope to see you soon!