“Fritz Ascher, Expressionist” is now on view at the Joel and Lila Harnett Museum of Art in Richmond, Virginia, until May 24 (link). You can listen to my opening lecture here. 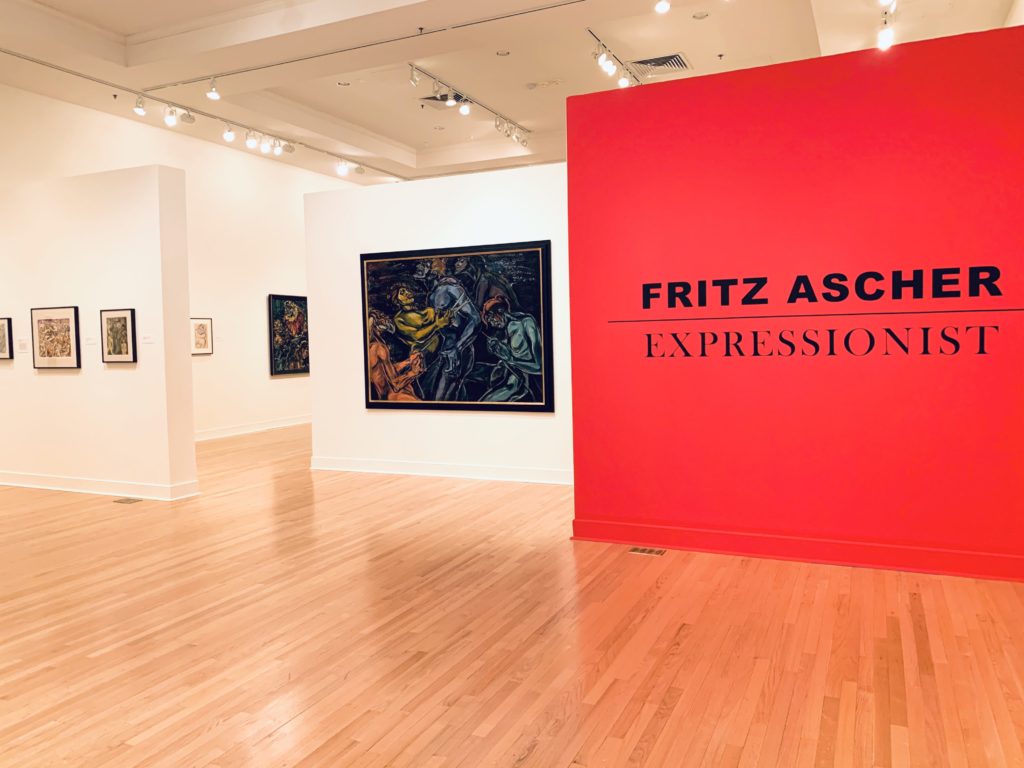 In every venue, different hanging bring out new aspects of single artworks, and unexpected connections between artworks provide new insights. The Harnett Museum of Art is no exception. For the first time, “The Tortured” (“Der Gequälte”) takes up center stage. It is a monumental painting measuring 59 x 79.4 inches. Fritz Ascher created it in the 1920s, as social and racial tensions in Germany were growing, following the 1919 defeat that ended World War I.

This important work has so many layers of possible meaning, including references to biblical and mythological themes. Color and brushwork easily label the work as “Expressionist.” But what does that really mean? On February 12, 6:00-8:00pm, a panel of international scholars will discuss “Expressionisms: Germany and the United States” at the Modlin Center for the Arts in Richmond. Moderated by Sarah Eckhardt from the Virginia Museum of Fine Arts, Elizabeth Berkowitz, Eckhart Gillen, Ori Z. Soltes and Karen Wilkin will discuss Fritz Ascher’ work in the context of Expressionist art, both in Europe and the United States (link).

Today I am sharing something that has not yet been shown in any of the installations, the verso of Male Portrait in Profile from c. 1913. 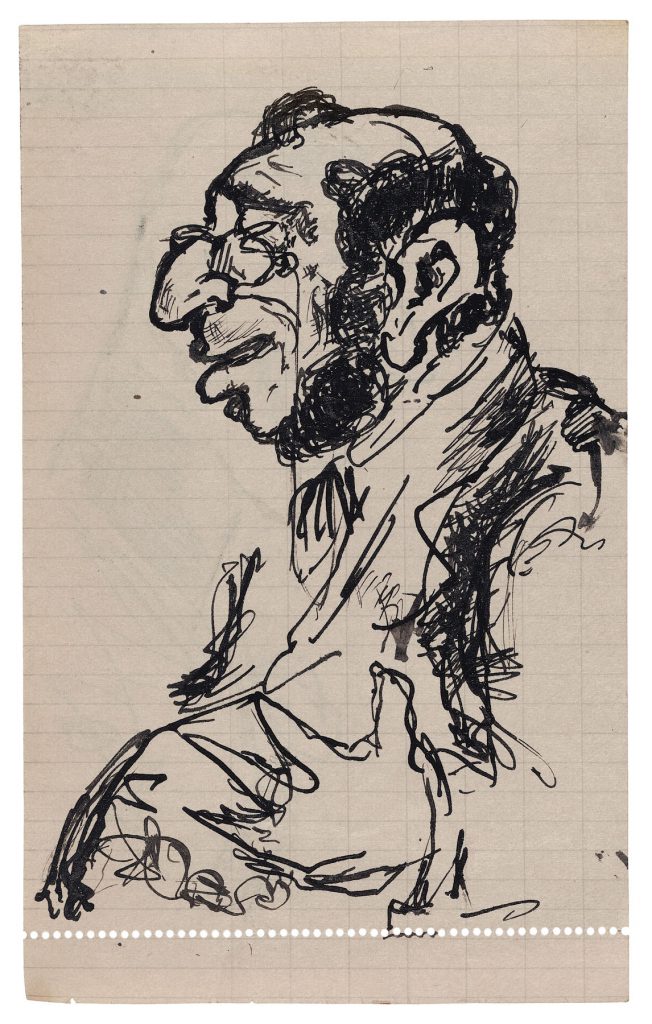 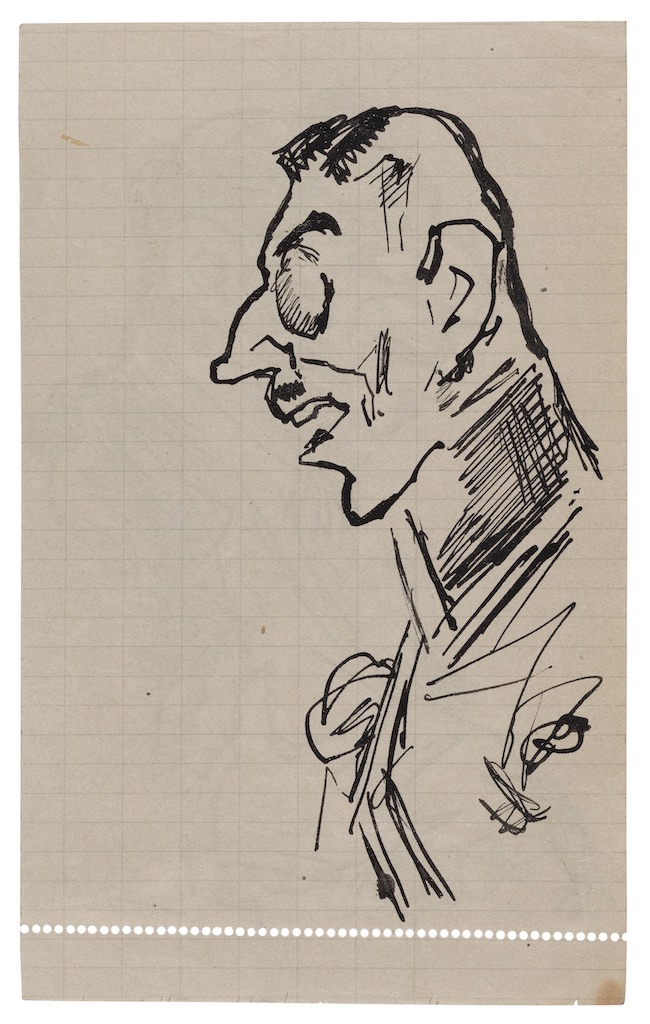 On each side of a graph paper sheet from a small notepad, Ascher quickly sketched two very different men in the same position, both wearing a monocle. The recto shows a male with facial features, particularly the nose, which reflect generations of Northern European stereotypical depictions of Jews. In contrast, the verso shows a male, whose facial features, including mustache and haircut, supported by his clothing, identify him as a German officer.

Again and again, Ascher points out this racial stereotyping in his early work, the growing tension in German society, and the identification of Jews as the “Other,” outside of German society. Beyond that, these works might point towards a personal struggle for identity. In 1899, father Hugo Ascher had left the Jewish faith with his three children, who joined the Christian faith in 1901.

Using similar racial stereotypes, the artist asks in 1915, “What is paradox!!!???” A detail of this graphite and ink drawing is the image on the flyer inviting Richmond area High School students to participate in this year’s competition by submitting an essay, poem or artwork that reflects on “Otherness,” using Fritz Ascher’s art or life as a stepping-off point. Our student handbook can be accessed here.

We’ll celebrate the winners at an awards ceremony and reception on May 4, 2020.

See you in Richmond!