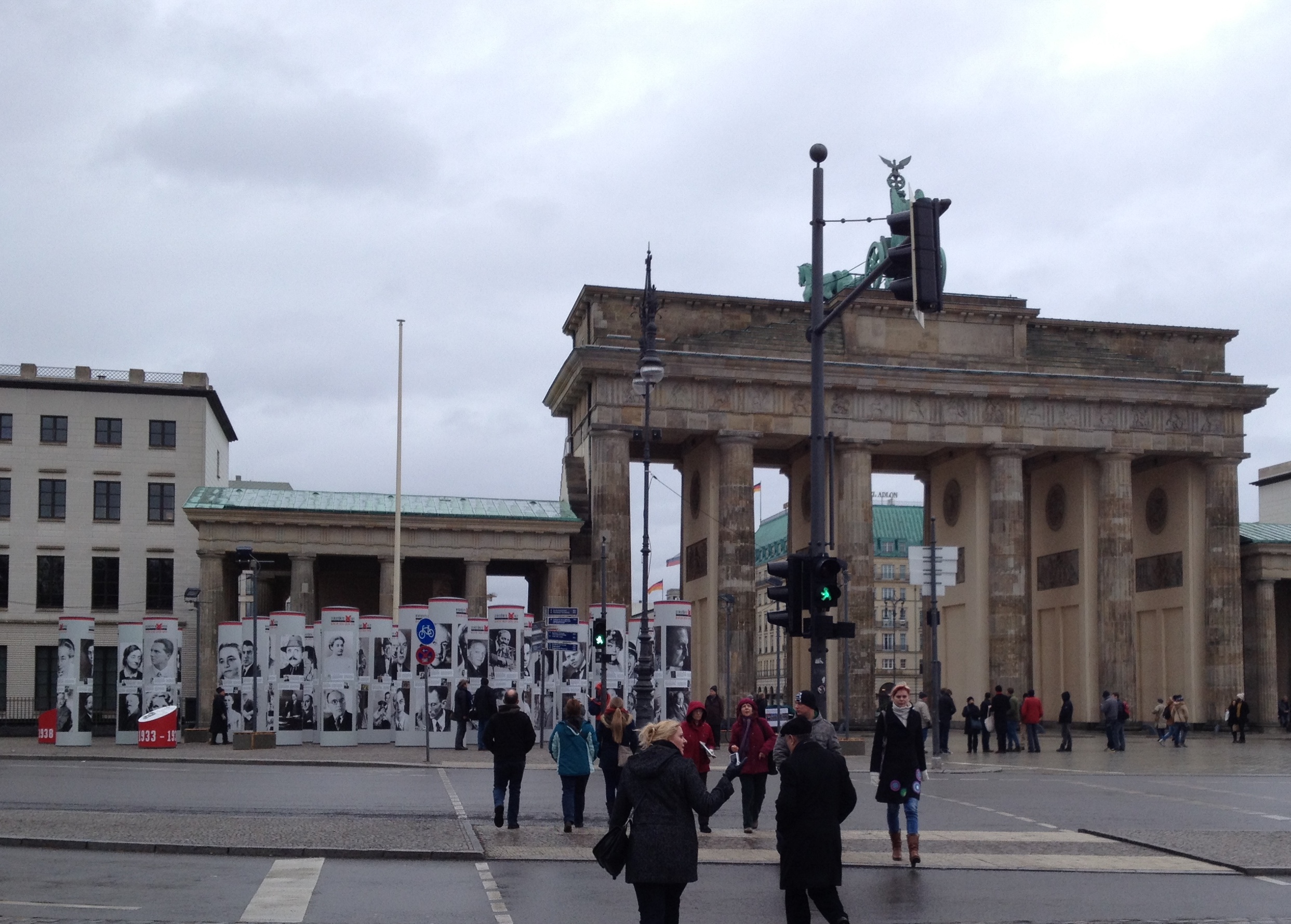 “Diversity Destroyed. Berlin 1933-1938-1945. A City Remembers”, is an outdoor exhibition organized by Kulturprojekte Berlin (Cultural Projects Berlin). It  commemorates the systematic suppression of Berlin’s burgeoning cultural landscape by the Nazis, on the occasion of the  80th anniversary of Hitler’s ascension to power on January 30, 1933 and the 75th anniversary of the so-called “Night of Broken Glass” on November 9/10.

Forty information pillars are placed on important public squares in Berlin, reminding pedestrians of people, who were important to Berlin’s vibrant cultural life during the Weimar Republic, encompassing musical performance, dance, theatre, cinema and much more. Over 200 biographies feature people, who the Nazis wanted to erase from public memory, and who were persecuted, ostracized and/or banned. Among them are well known personalities like Albert Einstein, but most of them are not known.

The theme of the information pillars on Frankfurter Tor is diversity in the Underground. One of the pillars features painter and poet Fritz Ascher (1893-1970), an important proponent of German Expressionism. When Hitler came to power in 1933, Ascher was denounced as politically suspect, banned from practicing his profession, and his art was branded degenerate’. In 1942, Ascher went into hiding in a villa in Grunewald, where he survived and continued to live after 1945. There, he created atmospherically dense landscapes of the Berlin city forest Grunewald, arguably his strongest artistic work. 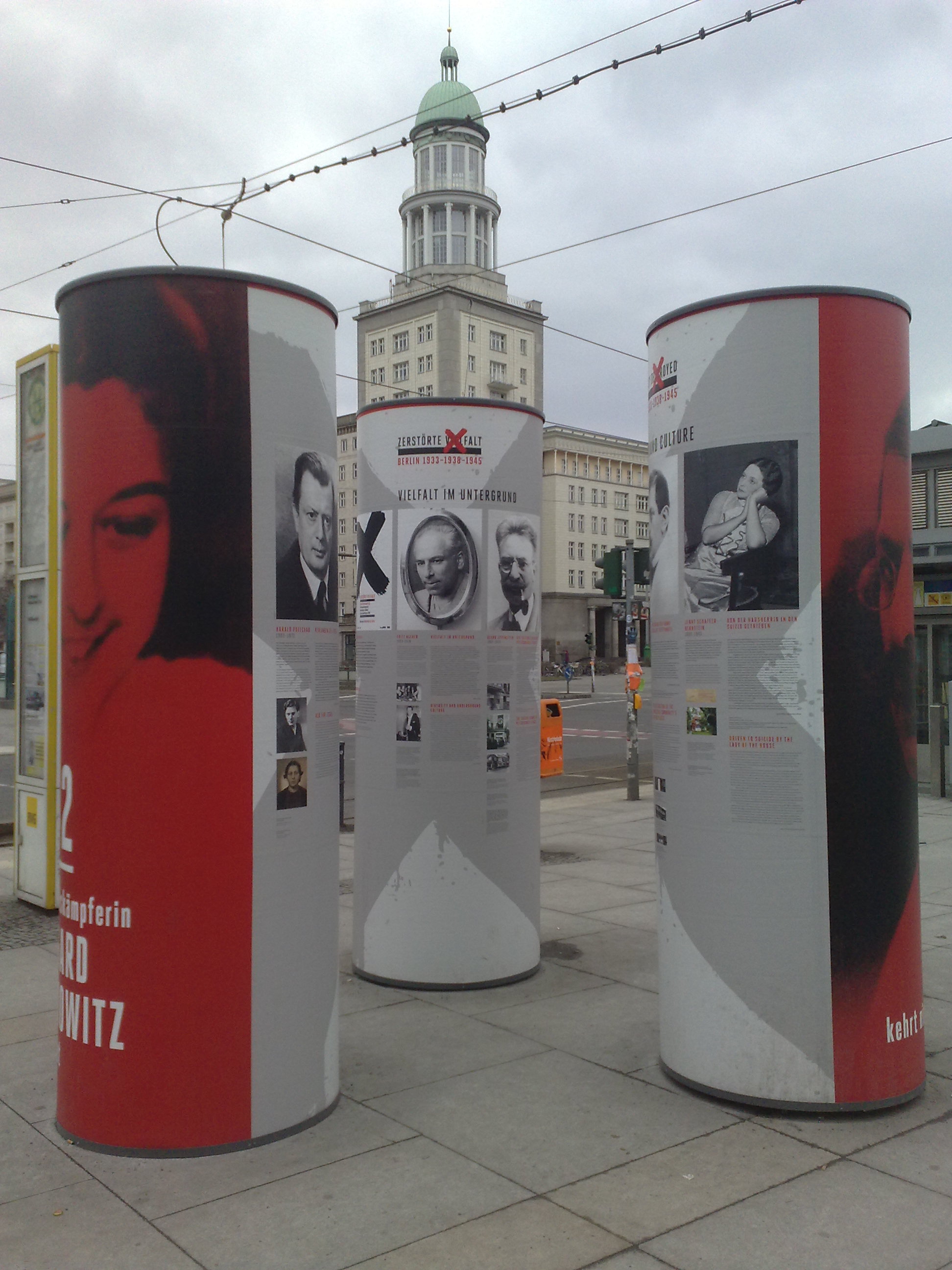 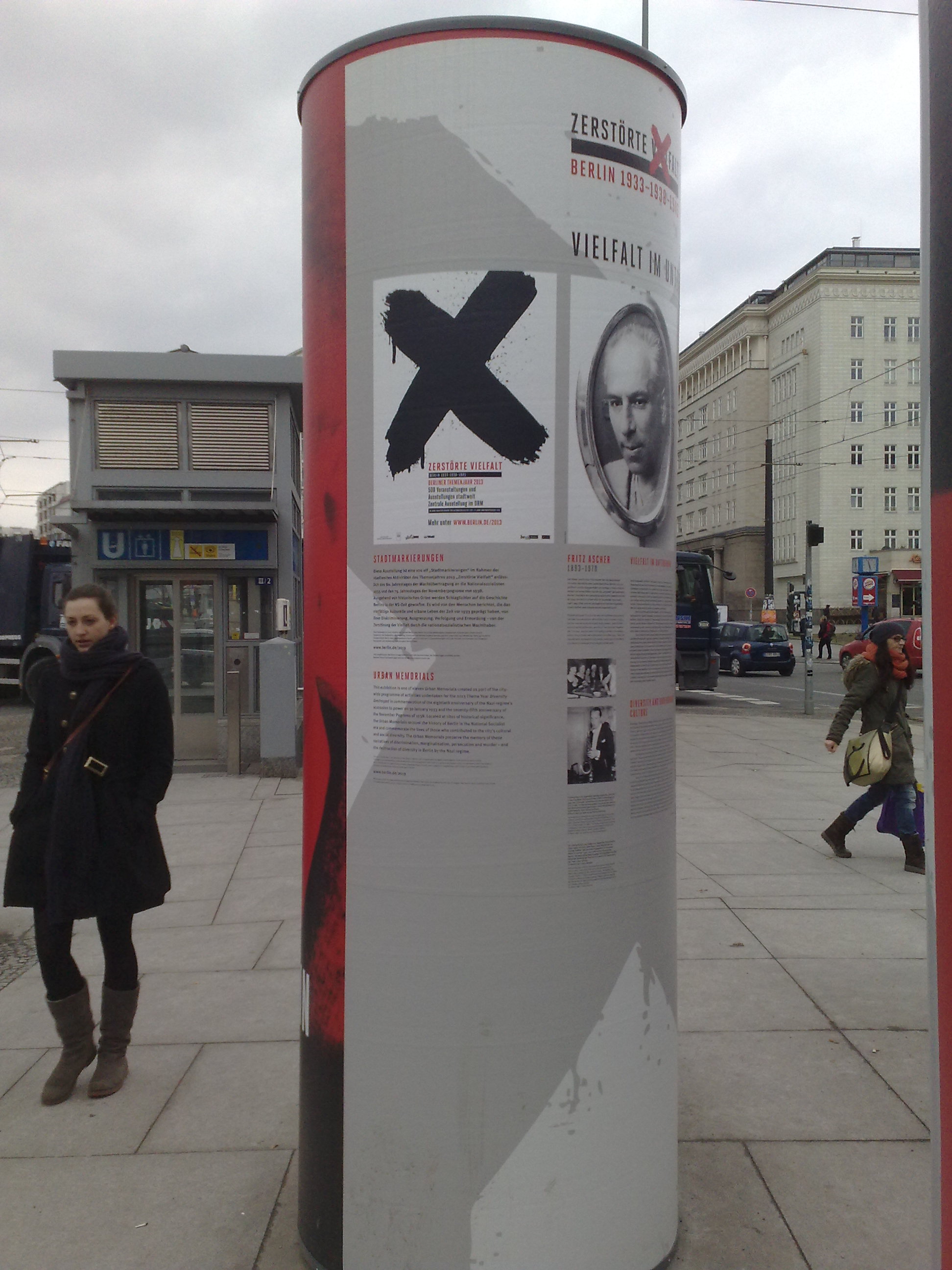 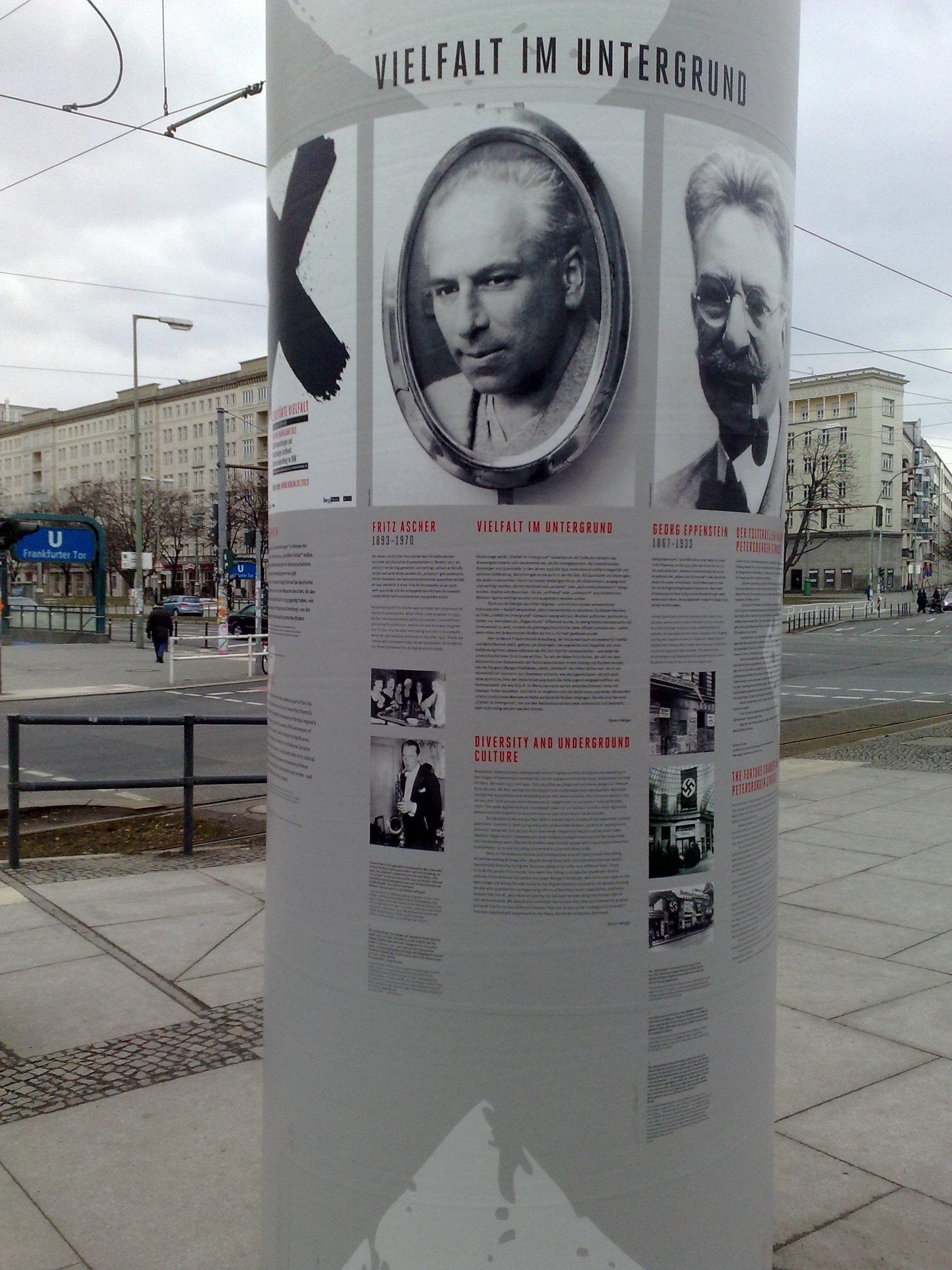