The artistic work of Maria Luiko (1904-1941), born Marie Luise Kohn in Munich, is characterized by an impressive diversity. In addition to drawings, watercolors and oil paintings, she created prints using various printing processes and paper cuts, and designed book illustrations, stage sets and marionettes. Already during her studies at the local Academy of Fine Arts and her training at the School of Applied Arts she was included in exhibitions in the Munich Glass Palace (Münchner Glaspalast).
Her career was brutally cut short by the Nazi regime. In 1933 Luiko was expelled from the Reich Association of Fine Artists and was banned from exhibiting. Until 1939 she contributed to the Jewish Cultural Association and the Marionette Theater of Munich Jewish Artists. A large part of her graphic works, in which she critically deals with the current living conditions and everyday situations, were created during this time. On November 20, 1941 Maria Luiko was deported to Kaunas in Lithuania together with her sister Dr. Elisabeth Kohn, her mother Olga Kohn (nee Schulhöfer) and 996 other Jews and murdered there.

Presentations by Wolfram P. Kastner, curator and artist, and Mascha Erbelding, director of the Puppet Theatre / Fairground Attractions Collection at Münchner Stadtmuseum (Munich City Museum), will be followed by a moderated discussion and Q&A. Introduced by Rachel Stern, director and CEO of the Fritz Ascher Society. 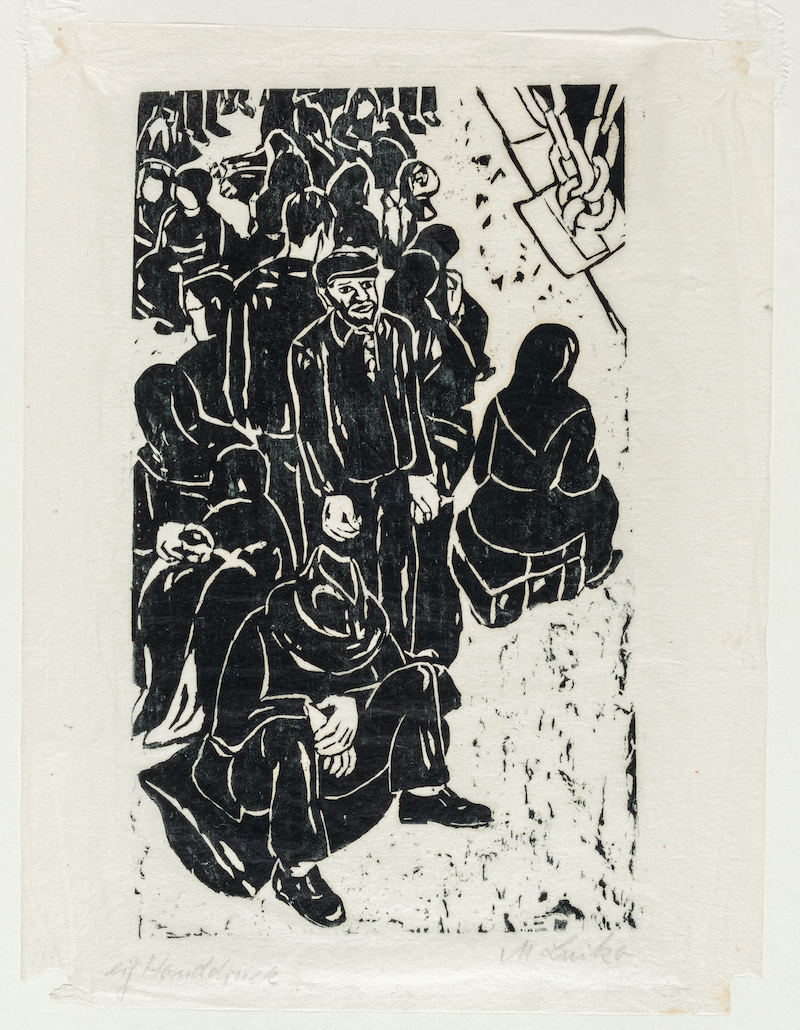 Maria Luiko (1904-1941) was a daughter of the grain wholesaler Heinrich Kohn and Olga Schulhöfer, her slightly older sister was the lawyer Elisabeth Kohn. The daughters lived in the Neuhausen district of Munich with their mother, who was widowed in 1935.

Marie Luise Kohn adopted the artist name Maria Luiko and was creatively active in a variety of ways. She was represented at local exhibitions with drawings, watercolors and oil paintings as well as silhouettes, lithographs, woodcuts and linocuts. She also created book illustrations, such as Ernst Toller’s Hinkemann in 1923 and Shalom Ben-Chorin’s 1934 book of poems The Songs of the Eternal Well. 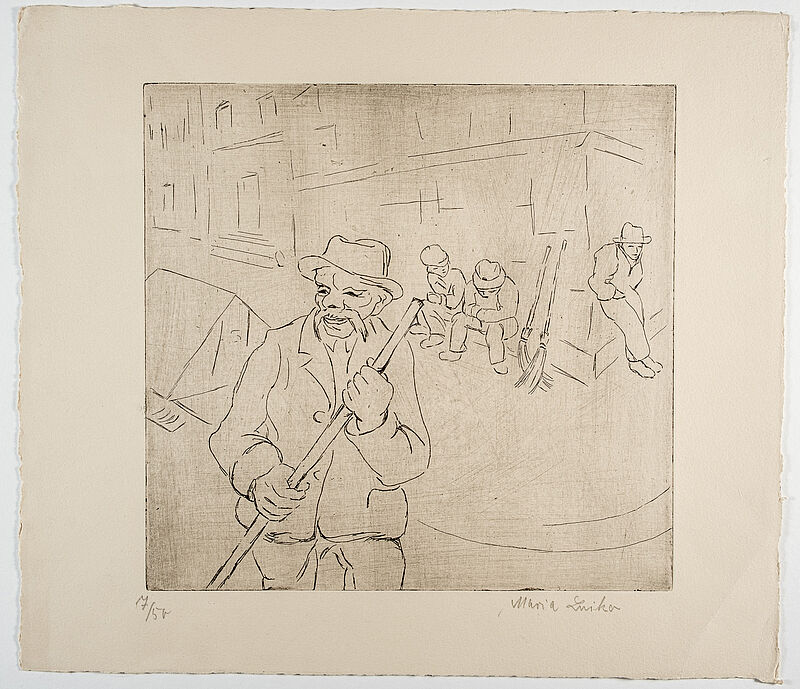 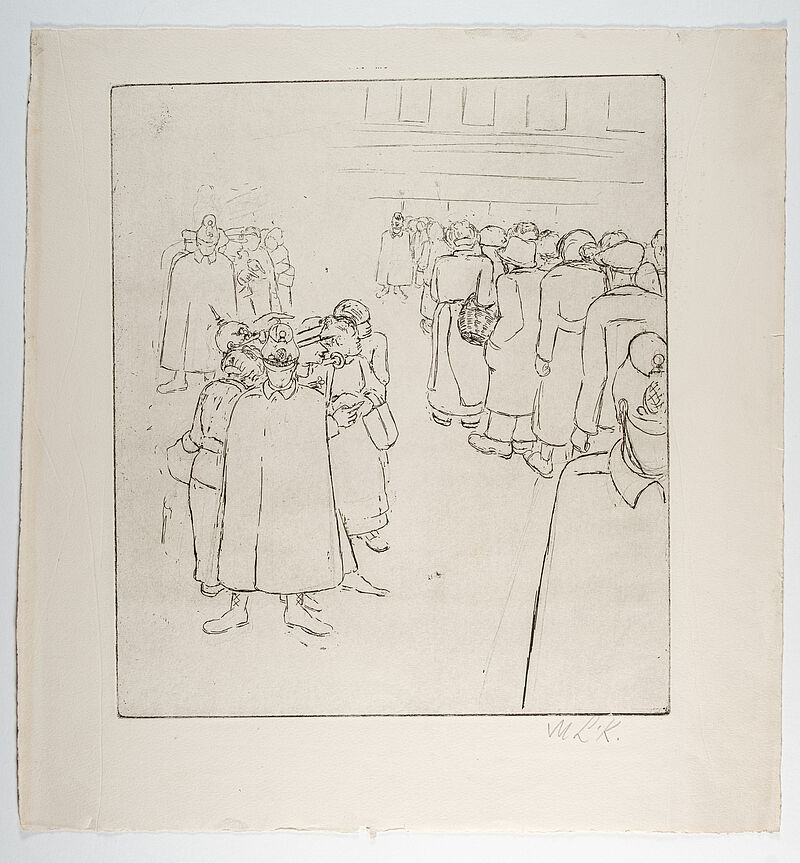 In 1933 Luiko was expelled from the Reich Association of Fine Artists and was banned from exhibiting. Until 1939 she contributed to the Jewish Cultural Association and the Marionette Theater of Munich Jewish Artists. A large part of her graphic works, in which she critically deals with the current living conditions and everyday situations, were created during this time. Luiko made her studio available for exhibitions and theater rehearsals. In 1934, she took part in the “Graphic Exhibition of Bavarian Jewish Artists” in Munich, and in 1935/36 she designed the stage set for Semen Yushkevich’s play “Sonkin and the Main Hit”. In April 1936 she took part in the “Reich Exhibition of Jewish Artists” at the Berlin Jewish Museum.
She designed and created the puppets for the Munich Marionette Theater of Jewish Artists. 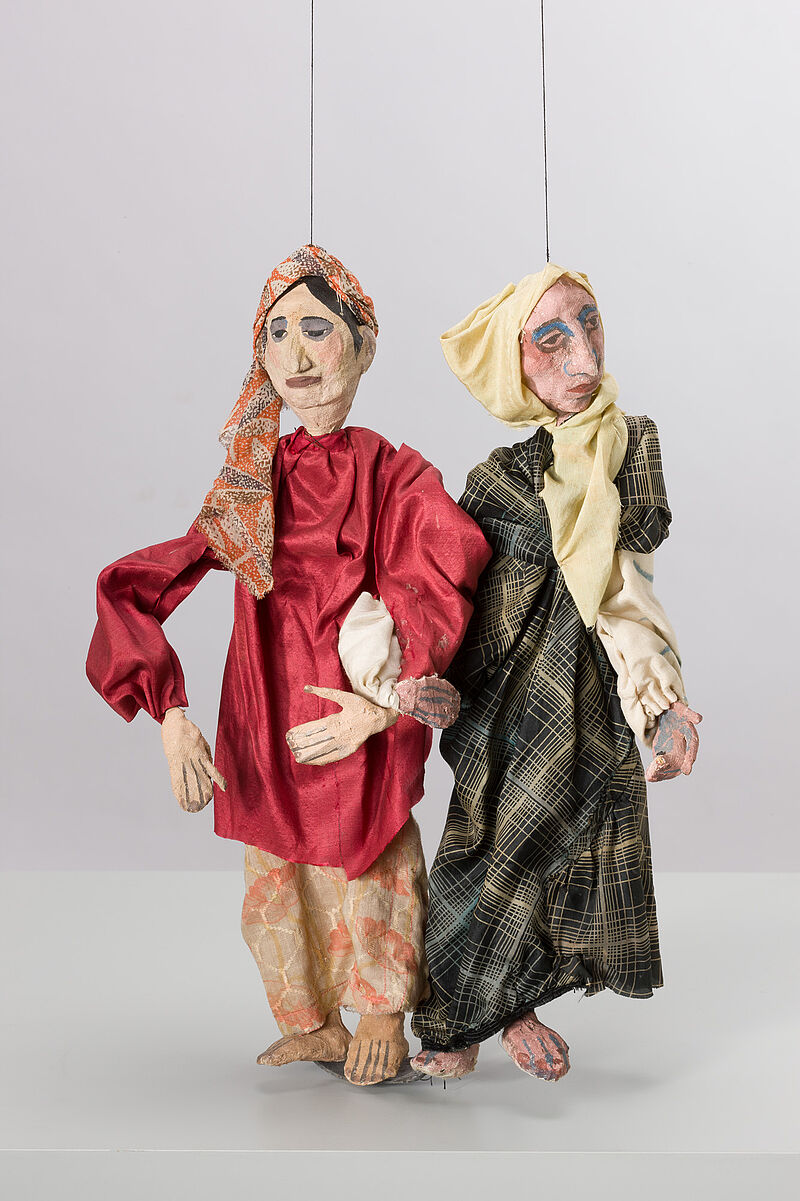 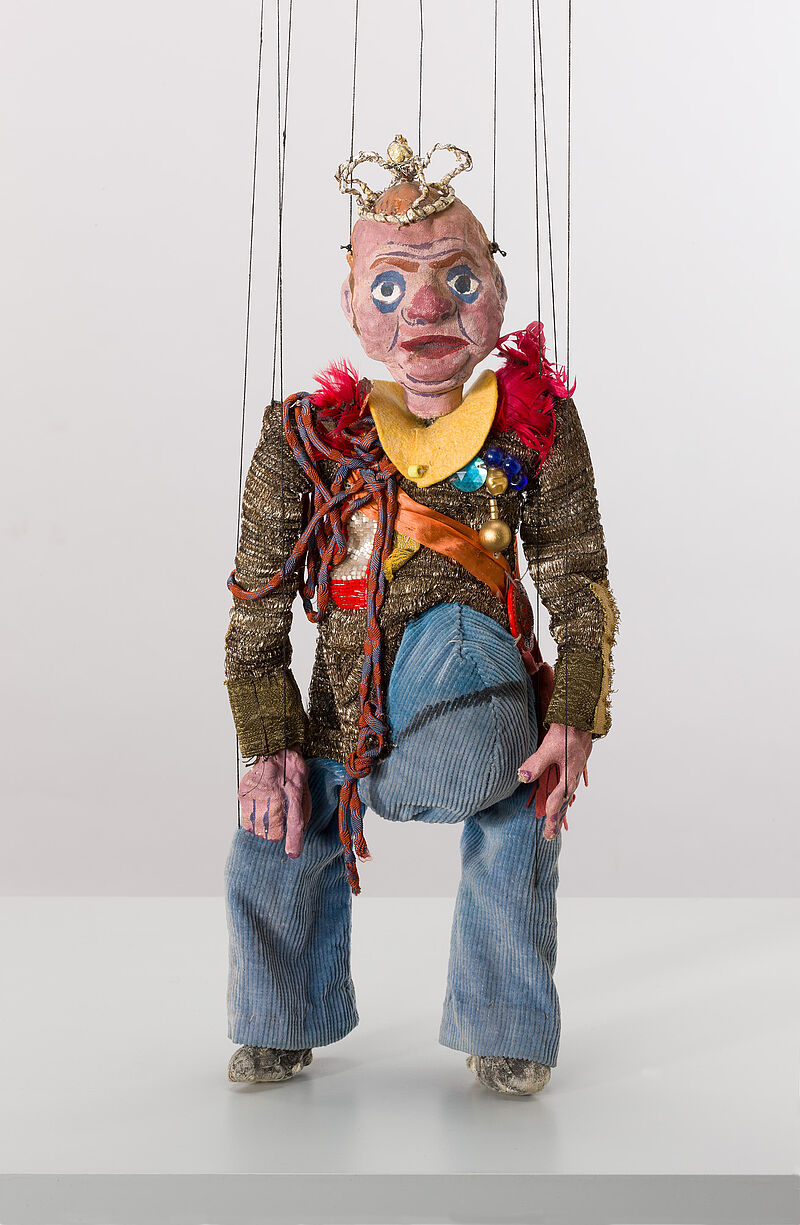 On November 20, 1941, Luiko was deported “to the East” from Munich, together with her mother and sister, and 998 other Jewish people. The passenger train originally destined for Riga was diverted by the SS to Kovno (Kaunas). On November 25, 1941, all prisoners of Kaunas Fort IX were murdered.

Mascha Erbelding is the director of the of the Sammlung Puppentheater / Schaustellerei des Münchner Stadtmuseums (Puppet Theatre / Fairground Attractions Collection). She studied dramaturgy, comparative literature and history at the Bavarian Theatre Academy August Everding / Ludwig Maximilian University in Munich, at the FU Berlin and at the Université Rennes II. Her diploma thesis on „Mit dem Tod spielt man nicht. Funktion und Gestalt des Todes im Figurentheater des 20. Jahrhunderts“ (One Does Not Play with Death. Function and Form of Death in Twentieth-Century Century Puppet Theatre) was published in 2006. She is the artistic and organisational director of the Munich International Puppet Theatre Festival “Wunder.” and the „KUCKUCK“ festival for children 0-5. Since 2007 she has been a member of the editorial board of the puppet theatre magazine double. She contributed to the „Compendium of German artistic puppet theater 1900-1945“ (edited by Manfred Wegner in 2019).

Wolfram P. Kastner is an independent artist, researcher and and curator. He studied art, psychology, history and politics at the Munich university. He shows art in public spaces, which interferes and sometimes disturbs: art that makes visible what is otherwise invisible. His art usually causes reflection and discussion, contradiction, but also bans, death threats and court processes. In addition to interventions and actions in public on current and historical topics such as exclusion, violence and war, installations, objects and satirical, beautiful and sometimes angry pictures, drawings, objects, photos, etc. Exhibitions, installations and actions since 1980 between Berlin and Vienna, Budapest, Hamburg, Munich, Salzburg, Rotterdam. 2005 German Jewish History Award/Arthur Obermayer Foundation/Boston, 2005 “Nothing to see?”against the so-called “Judensau” sculptures at German churches, 2007 “Terrible Paths” project to commemorate the death march of Hungarian Jews in April 1945, 2008 “Unheard Music”, art project in memory of Jewish musicians and composers, 2011 Prize of the International Auschwitz Committee, 2022 Upright Walk Award, Humanist Union Germany 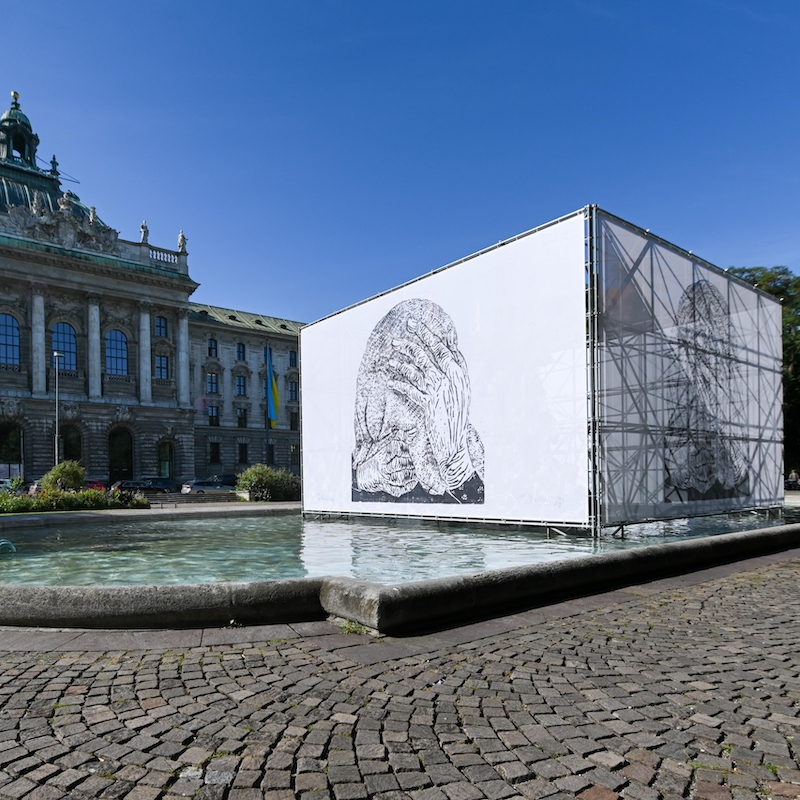 In 2022, Michaela Melián’s temporary installation “Maria Luiko, Mourner, 1938” played with opposites: On the one hand, there is the veiled statue of Neptune, which was erected by the National Socialists in 1937 as part of the redesign of the Old Botanical Garden in Munich. The sculptor, Joseph Wackerle, was later included in Adolf Hitler’s list of “God-gifted”. On the other hand, Maria Luiko’s “Mourner”, the woodcut of an anonymous mourning woman, was created just one year later. “This anonymous mourning woman is now supposed to cover the powerful male Neptune body in the ruler’s pose,” writes Melián.

Organized by the Fritz Ascher Society for Persecuted, Ostracized and Banned Art in New York, in cooperation with the Cultural Department of the Jewish Community in Munich. 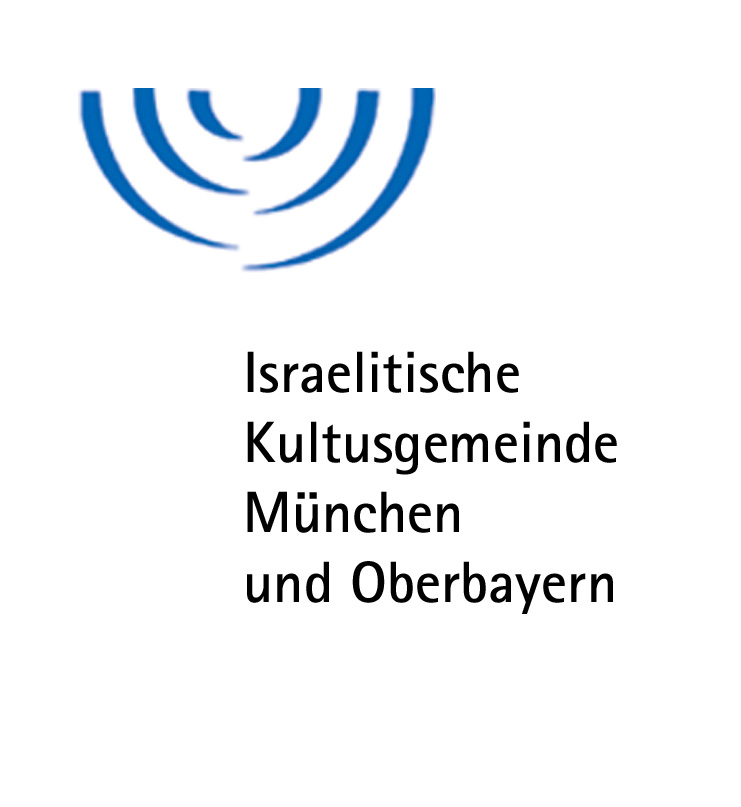 This event is part of our monthly series Flight or Fight. stories of artists under repression.

The Fritz Ascher Society is a not-for-profit 501(c)3 organization. Your donation is fully tax deductible.
YOUR SUPPORT MAKES OUR WORK POSSIBLE. THANK YOU.