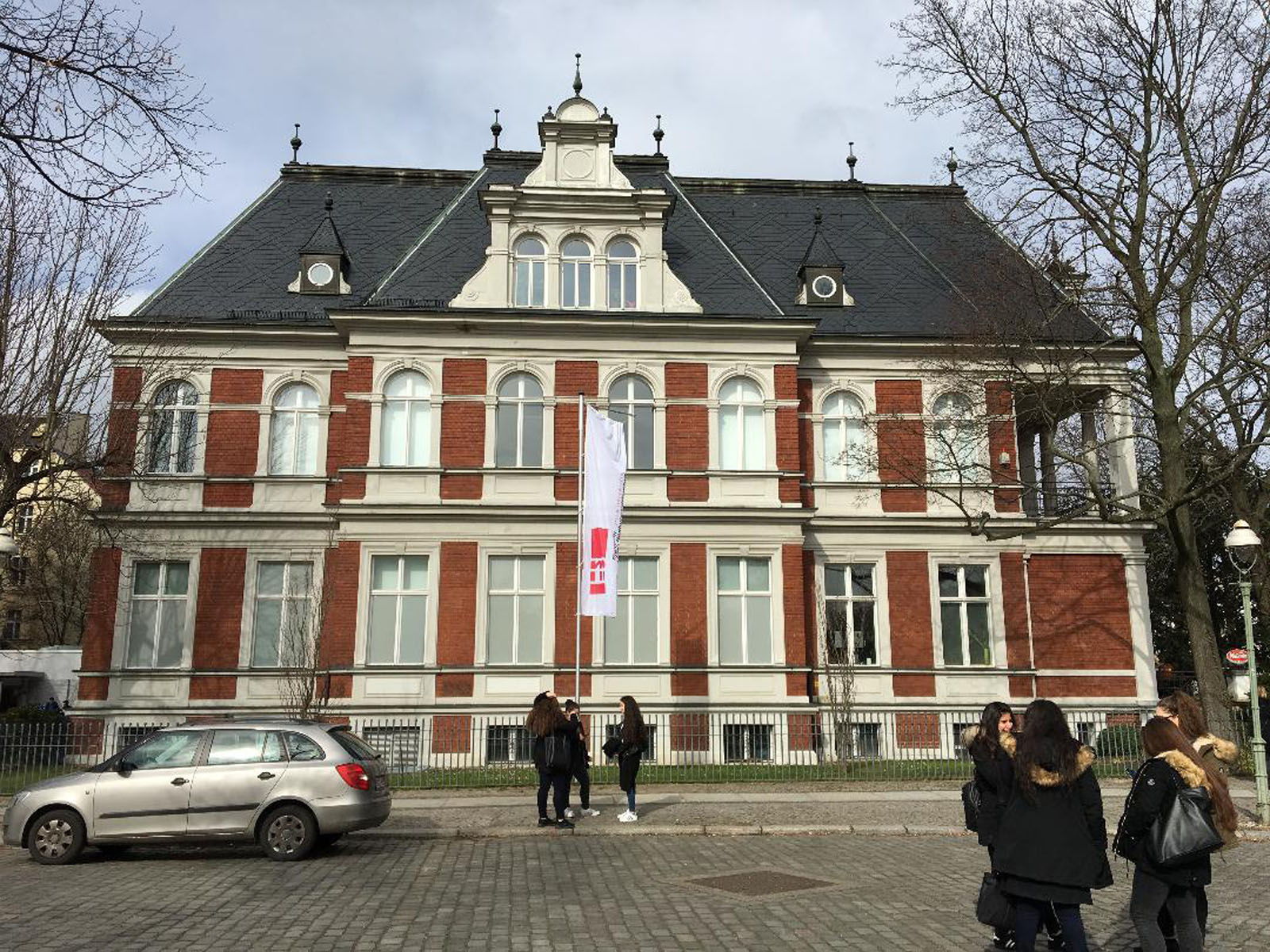 Coming home: With more than 80 paintings and works on paper, the worldwide first Fritz Ascher Retrospective is on view at the places where Fritz Ascher lived and worked, with parallel exhibitions in Berlin and Potsdam.
Each venue shows a representative group of powerful paintings and drawings, which span Ascher’s whole oeuvre from first academic studies to monumental Expressionist figure compositions to late landscapes. Both venues present Fritz Ascher’s poems, written while hiding from Nazi persecution, as “unpainted paintings” in relation to his artwork.

In Berlin, Museum Charlottenburg-Wilmersdorf in der Villa Oppenheim shows an overview of the artist’s creative development, with a focus on works that relate to Berlin. We see his sketch of the artist Max Liebermann as well as his love for music and performance in Weimar Republic paintings like “Beethoven” and “Bajazzo and Artists”. After surviving the Nazi terror regime in hiding in the Berlin Grunewald neighborhood, he painted these works over in 1945, with points and short brushstrokes in vibrant colors that distance the viewer. But soon he completely changes form and content of his artwork. Ascher turned to landscapes created in response to long walks in the Grunewald city forest, which bordered the neighborhood where he survived in hiding, and then lived until he died in 1970. We see the few works in which we can recognize the locale, like “Hunting Castle Grunewald” or “Uncle Tom’s Huette”. His work becomes more immediate and urgent.

The upstairs cabinet room re-imagines Ascher’s living room and invites the visitor to sit down and pick up books from Ascher’s library or poems he wrote in hiding. Important documents are shown next to a map with his Berlin addresses, and the Nazi organizations surrounding them. An 18 minute documentary film invites to learn more about Fritz Ascher’s story. (website link) 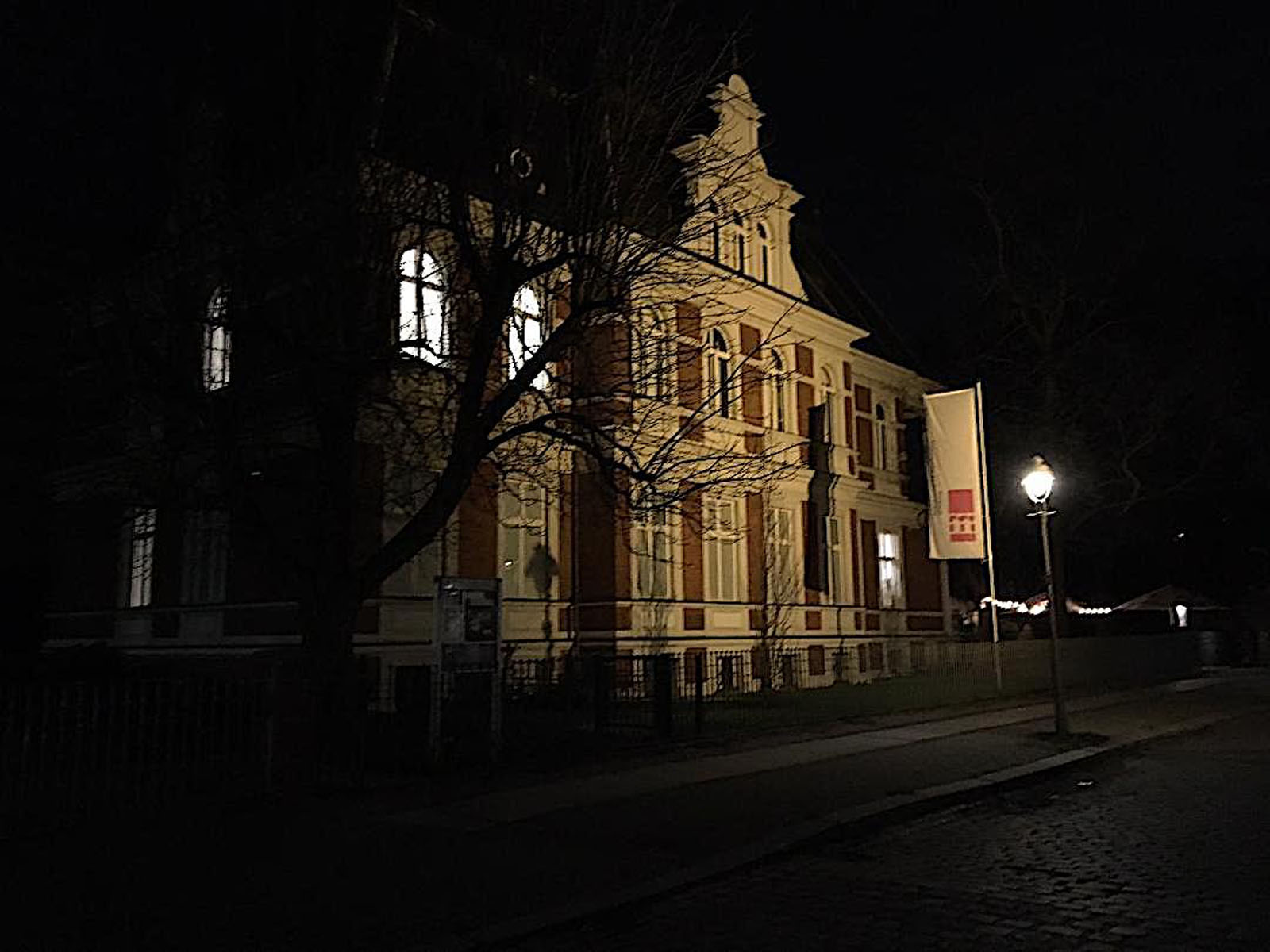 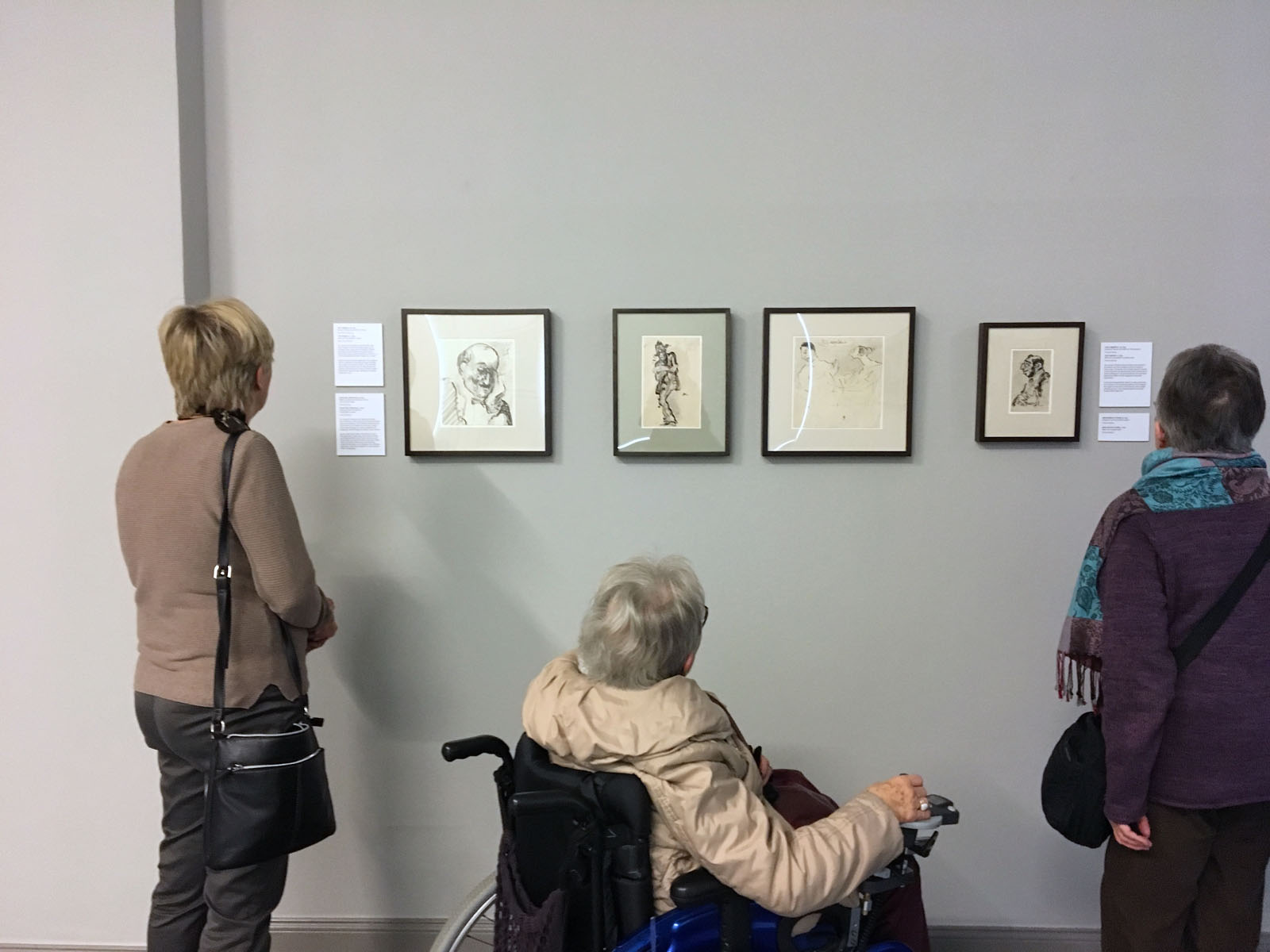 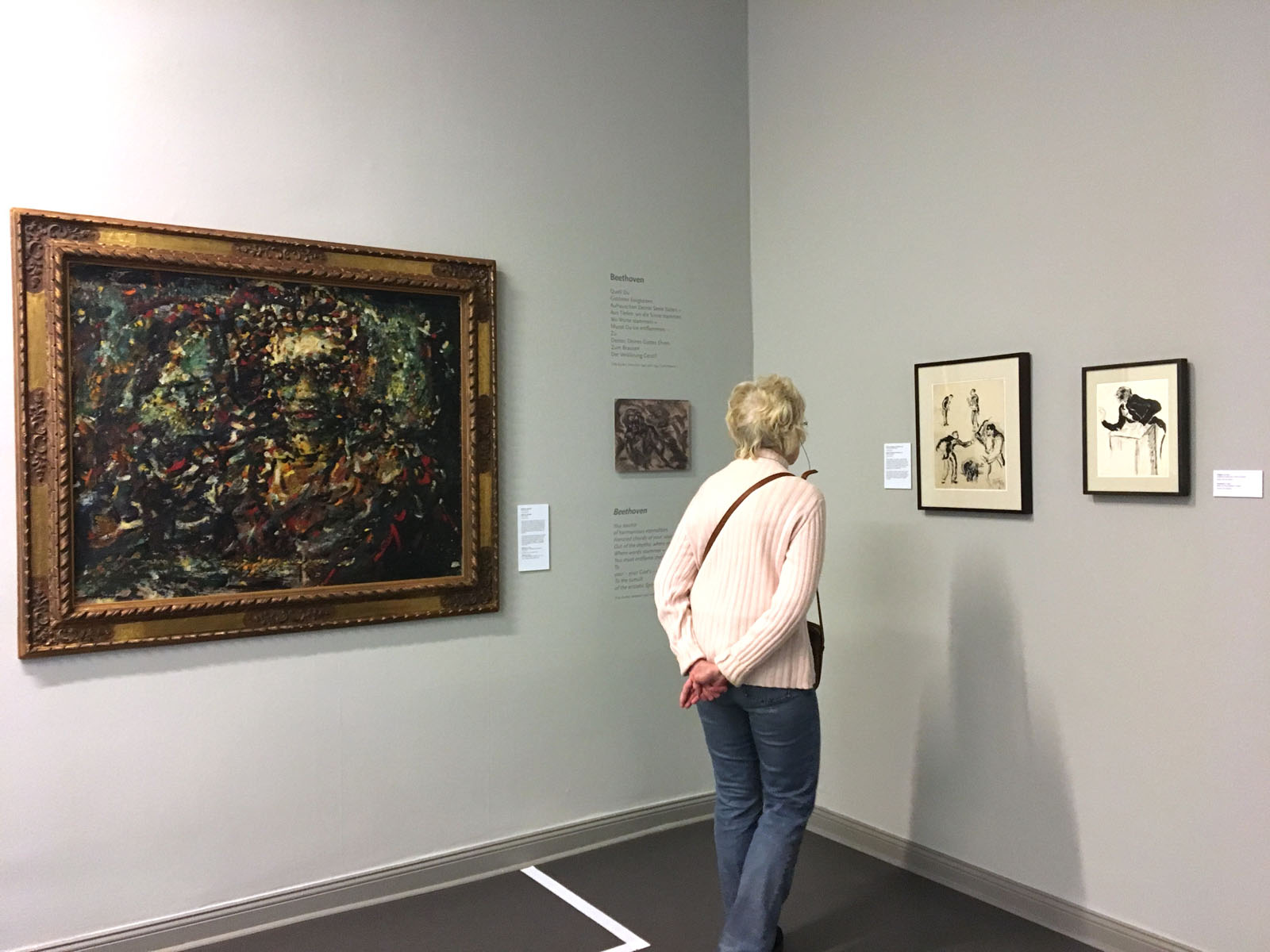 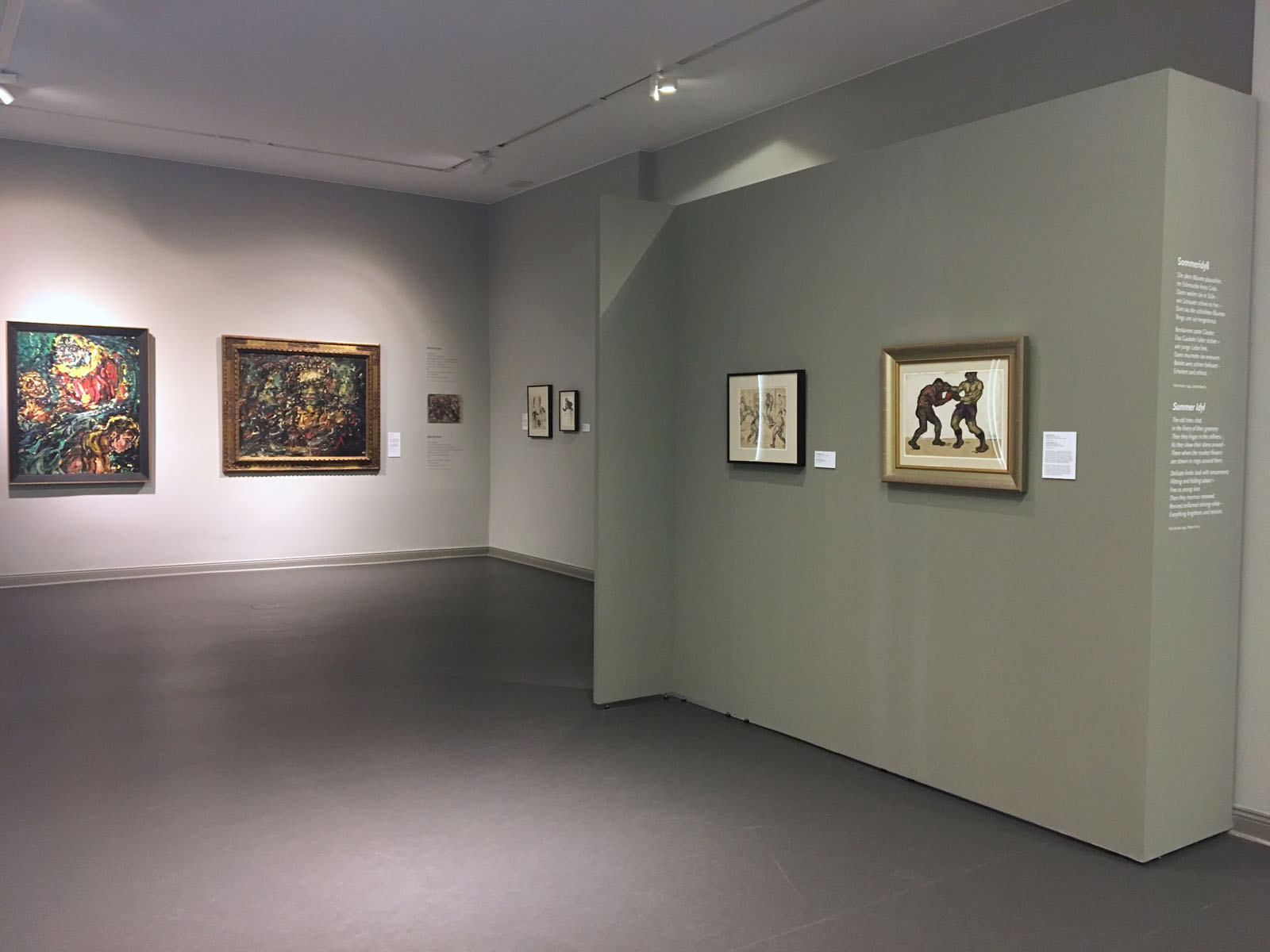 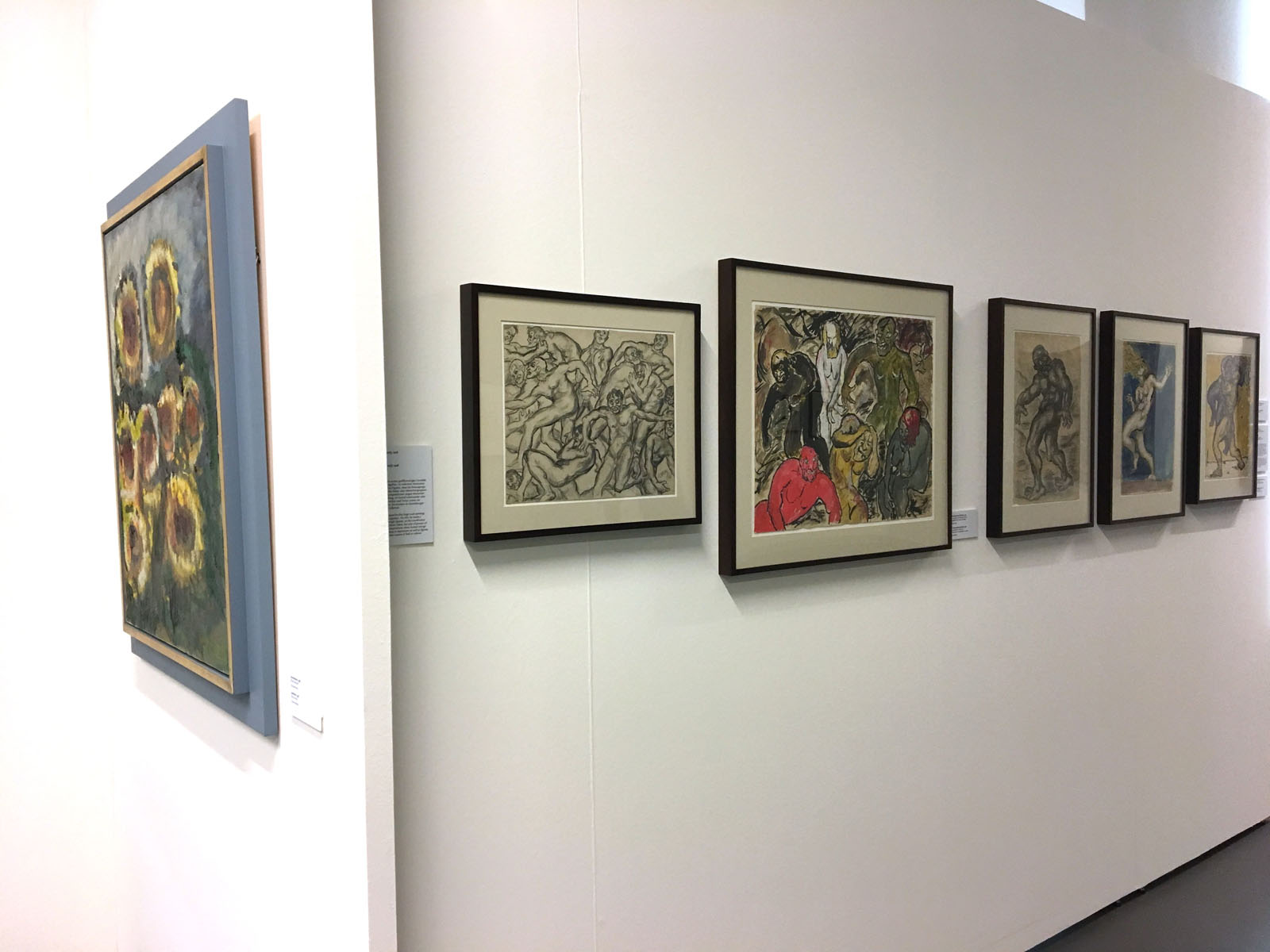 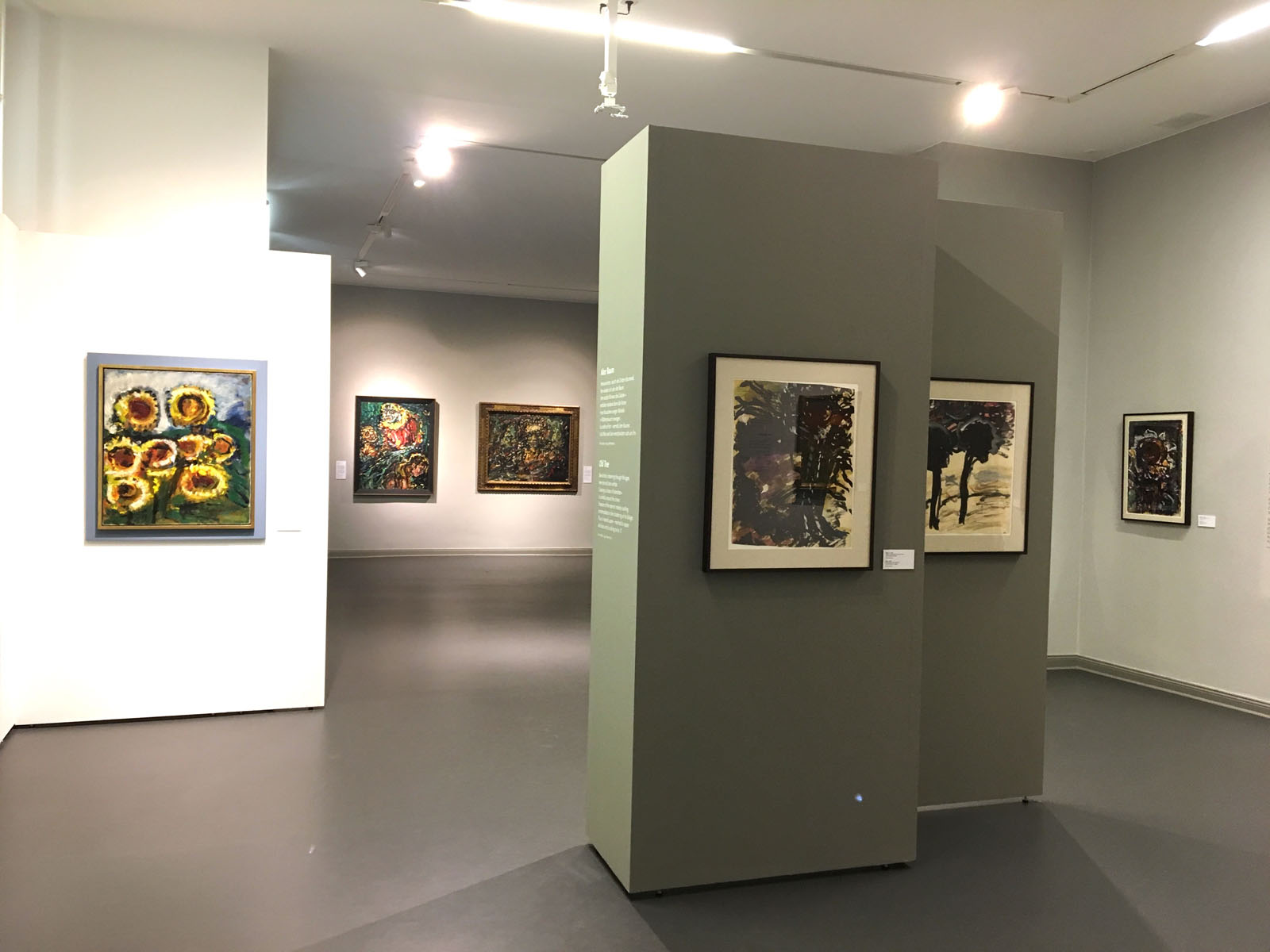 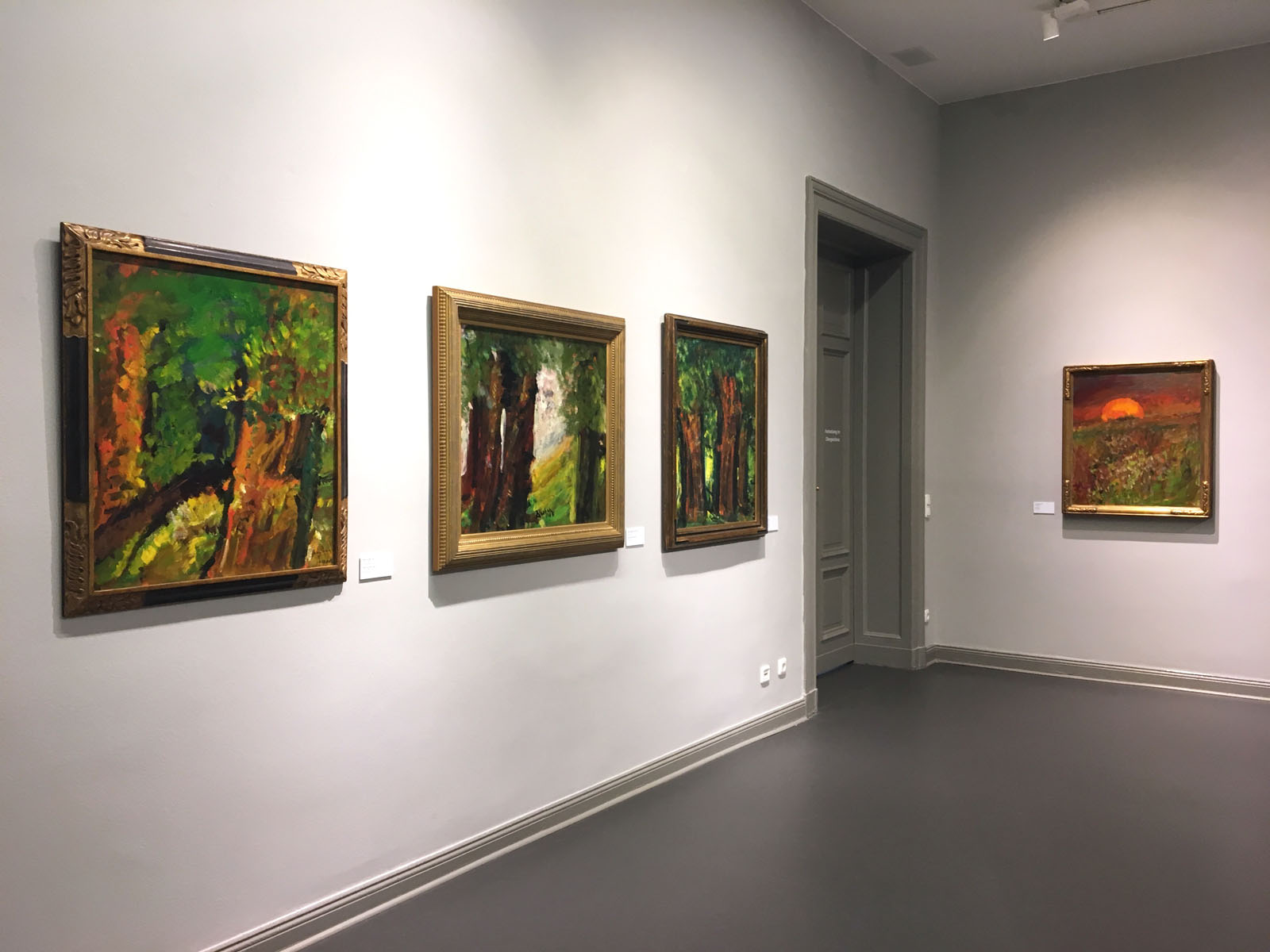 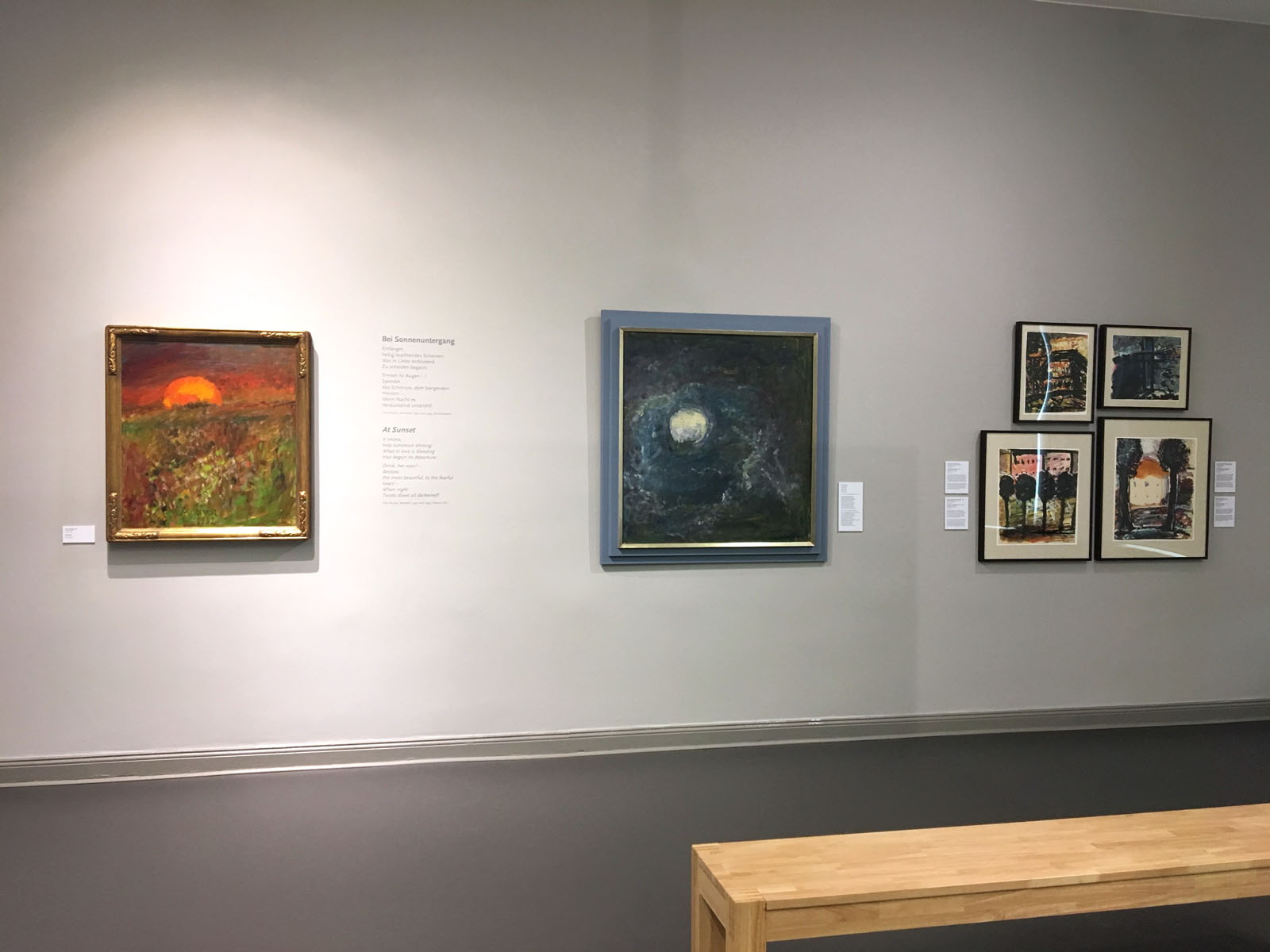 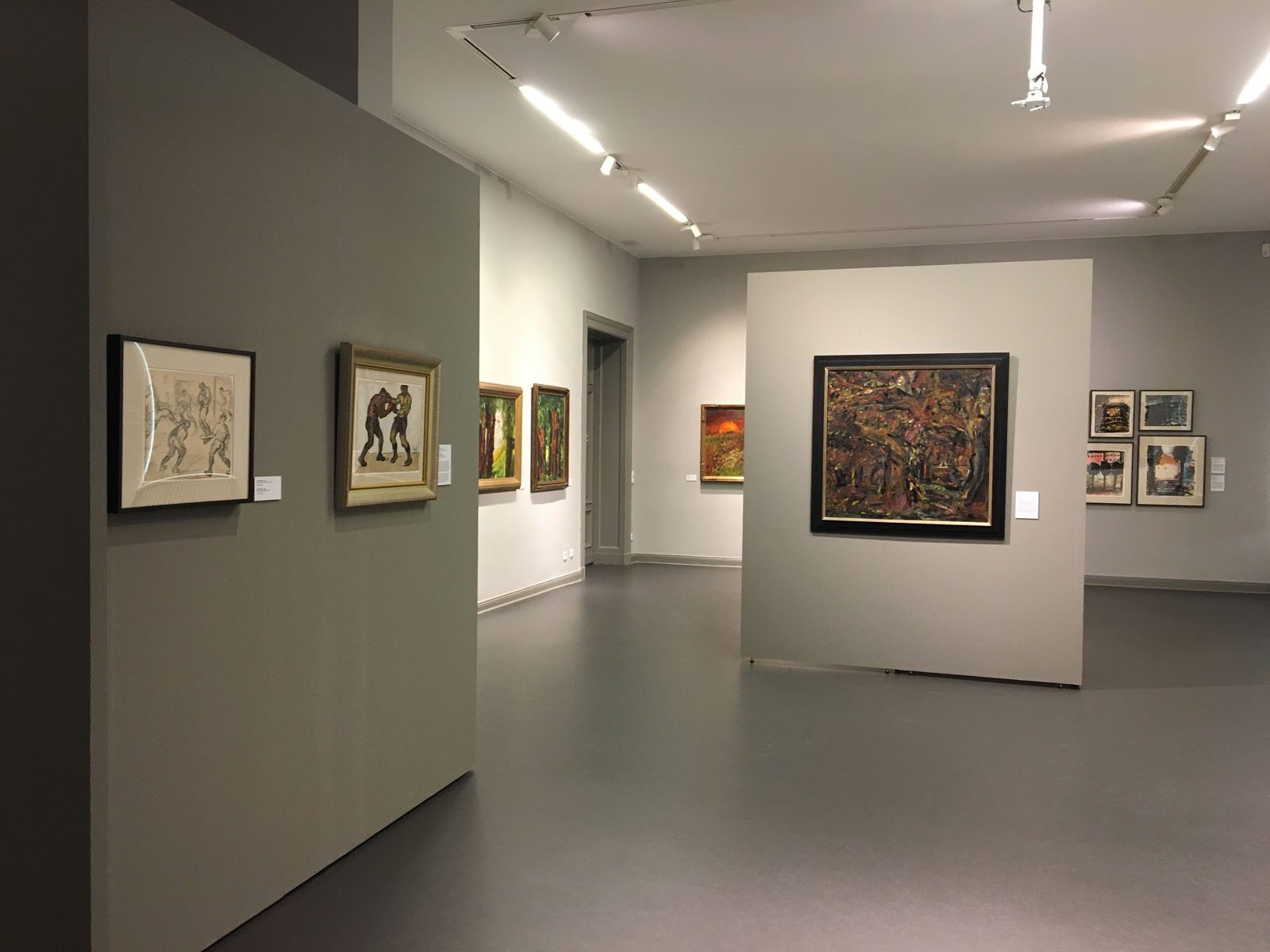 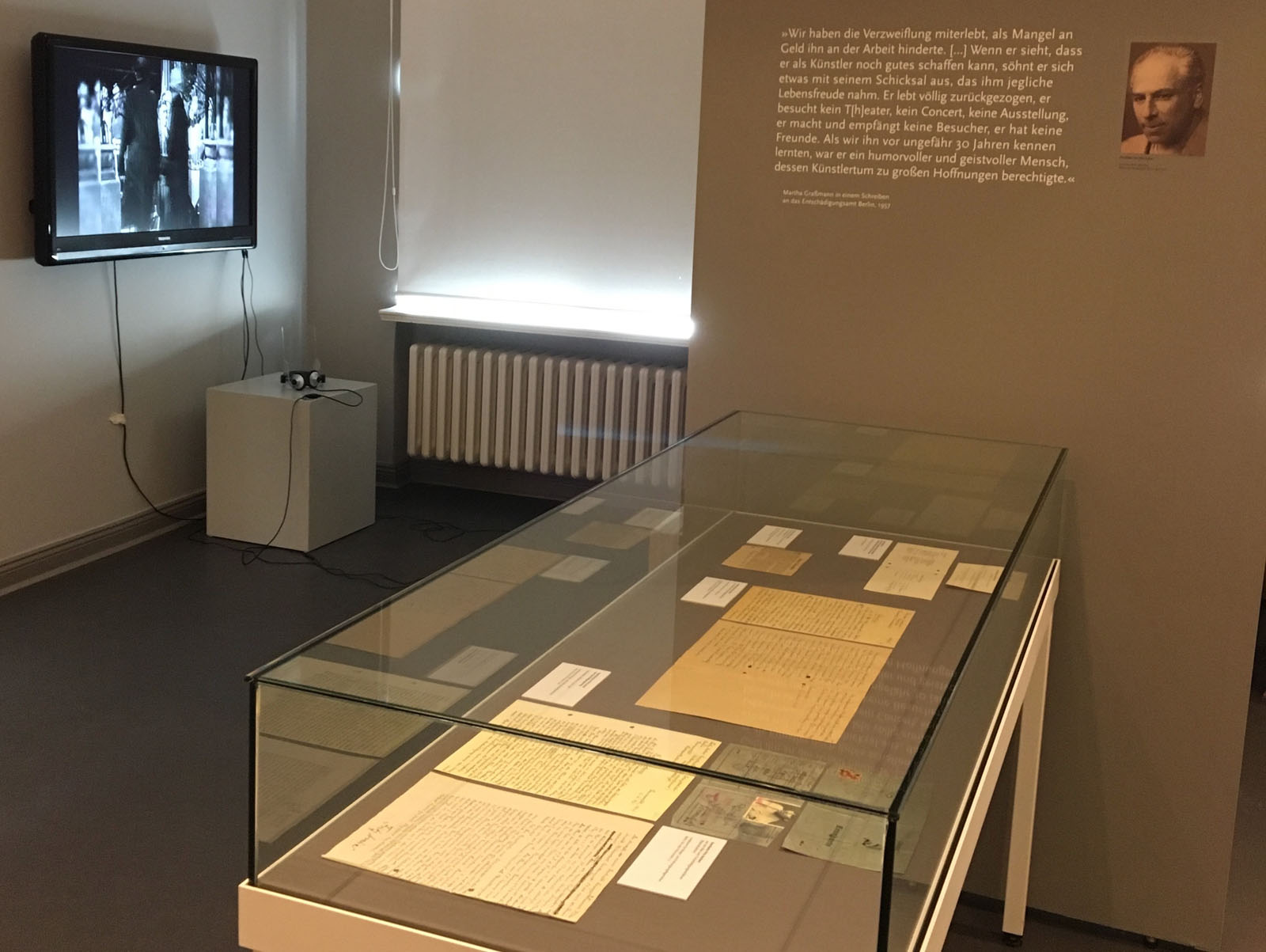 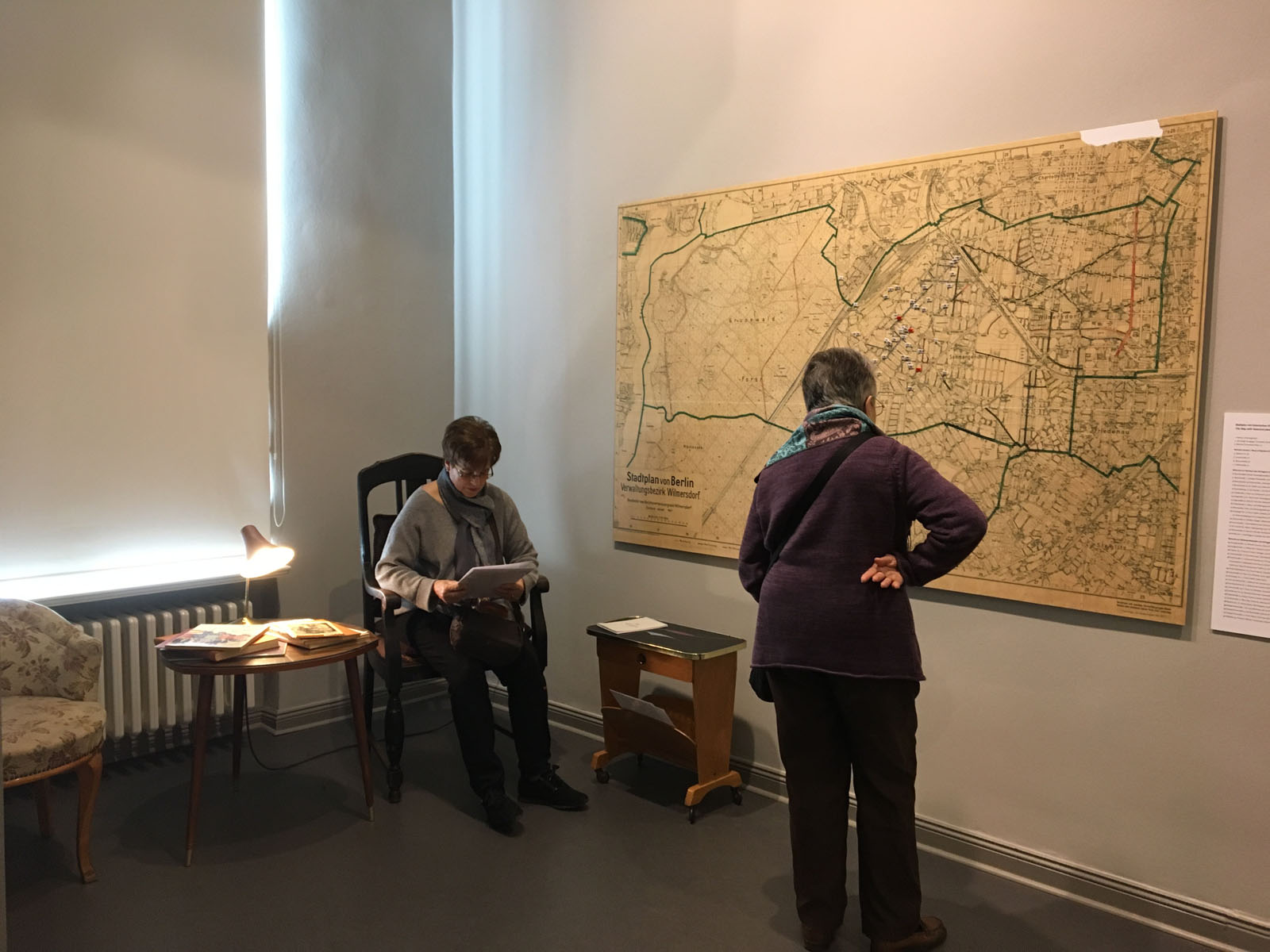